This page is for Touhou characters who debuted in Touhou Tenkuushou ~ Hidden Star in Four Seasons.
open/close all folders
Eternity Larva 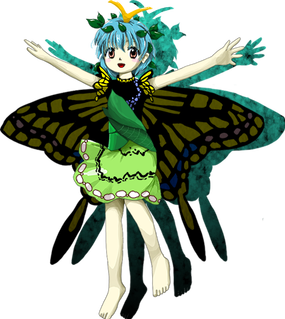 The Butterfly Fairy Close to the Gods
Eternity Larva
"I've got way more power than I know what to do with. I feel like I could even become the god of the new world right now!"

A swallowtail butterfly fairy, normally gentle in temperament, who was turned berserk by the current incident. She represents growth and metamorphosis, and as a result represents the caterpillar, pupa, and adult stages of a butterfly all at once. When she senses danger, she releases smelly danmaku from her antennae. 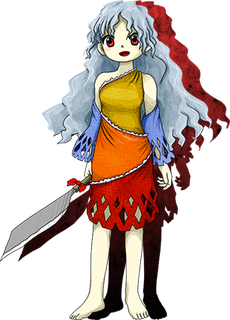 The Mountain Hag Who Has Passed Beyond this Transient World
Nemuno Sakata
"You're not s'posed t' be here. We made an agreement."

, a youkai species who have taken up residence on Youkai Mountain and have a non-aggression pact in place with the tengu. Her power is the ability to create consecrated ground.

The Divine Beast Who Adores Gods
Aunn Komano
"Good luck! I'll be cheering you on from the shadows!"

A komainu with the nature of both a shishi and komainu. She went to the Hakurei Shrine for the sake of a flower viewing, only for the latest incident to break out. Her power is the ability to find gods. 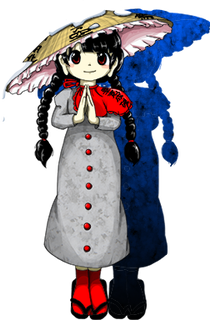 Magical Jizo who Manifested in the Forest
Narumi Yatadera
"My, what's going on? I'm practically overflowing with magic power... I've just got to try this out on the human in front of me!"

A humanoid magician who was originally a Jizō statue

. Due to the Forest of Magic's energy, she eventually took on the form she currently has. While she did notice the strange seasonal powers that radiated throughout the snowing forest, she was unaware that she herself was the source of it. Her power is to control living things using their life energy.

Two former humans who, as children, were selected to become Okina's subordinates. Due to Okina's magical influence, they're losing their nature as humans.

Common Tropes between both: 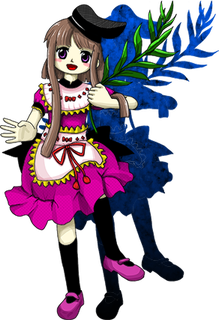 Satono Nishida
"Oh, Mai. You're such a scatterbrain. You went and pulled a human in before the order even arrived..."

One of Okina's servants, her power is drawing out people's mental energy by dancing behind them. 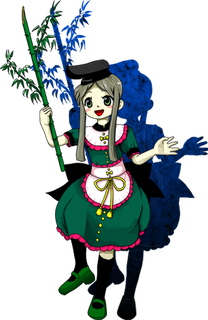 Mai Teireida
"Eh, well! The tide should turn in our favor now, anyway. I did a real spectacular job out there, after all."

The other of Okina's servants, her power is drawing out people's vitality by dancing behind them. 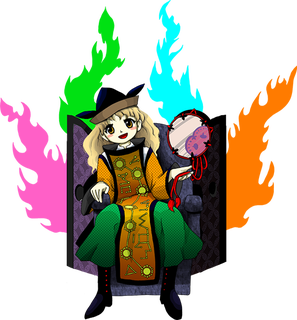 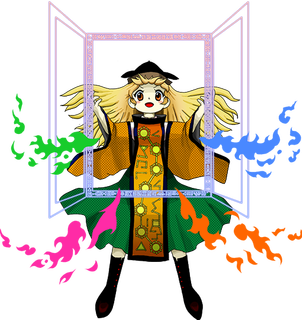 The Ultimate, Absolute Secret God
Okina Matara
"See it! Hear it! Speak of it! The secret god's true magic power shall be your greatest impediment!"

A so-called "secret god" who is one of the sages that helped to create Gensokyo. Through her heavily-concealed actions as a god, she ensures the protection of Gensokyo from any force who seeks to gain control of it. Her ability is to create 'backdoors' on any object; while this does sound very strange as a power, said doors lead to her secret world, the Ushirodo-no-Kuni (The Land of the Rear Door), which allows her, or her servants, Satono and Mai, to reach into any possible space in Gensokyo.