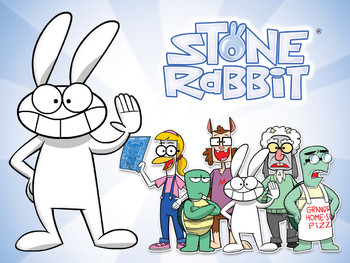 ‘’Stone Rabbit’’ is a comic series by Erik Craddock. It features the crazy adventures of an unnamed rabbit and his friends as they get into all kinds of wacky shenanigans including pizza ninjas, aliens, comic book supervillans, and many more.