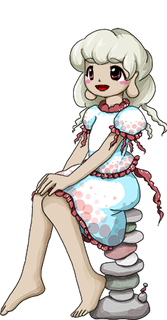 A spirit of a miscarried child who became a god, and leads her fellow mizuko, the miscarried, stillborn, and aborted spirits of Children's Limbo. She's a master of stacking stones. 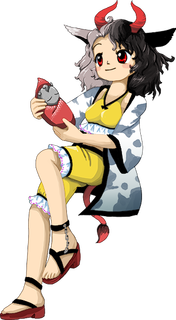 The Guard Parenting Living Fossils
Urumi Ushizaki
"Feeding time for my ancient fish just rolled around. Heh heh heh... Excuse me, but could you watch my baby for a moment?"

An ushi-oni who used to have people sink into the Sanzu River by having them hold a stone baby statue for her, before Gensokyo's rules against attacking native humans made her run a fishing business on the Sanzu River. Her ability is increasing the weight of nearby objects. 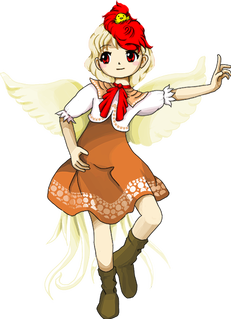 The Clerk God of Hell's Checkpoint
Kutaka Niwatari
"If your sights are set on Hell, then give me everything you've got!"

A watchman for Higan whose job it is to sort humans and oni into their appropriate living places, who decides to test the humans trying to make their way to Hell upon learning from the Yama about their quest. Her ability is curing throat diseases.

A jidiao, or tortoise dragon, and leader of the Kiketsu Family of the Animal Realm, who tests the heroines in hell. She has the ability to make people lose the will to fight back.

Haniwa Lance Corporal
Mayumi Joutouguu
"You'd better get back to the Primate Spirit Garden post-haste, or else you'll be captured by starving beasts."

A haniwa that serves as the leader of the Clay Army of the Primate Garden. Her ability is turning loyalty into strength. 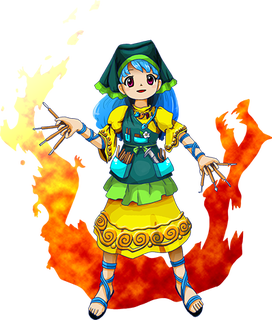 The Sculptor God Crafted by Utter Isolation
Keiki Haniyasushin
"I'll destroy your body of flesh, and build you anew from soil and water! You shall be an idol without a single flaw, told of for ages and ages to come!"

Mayumi's master, a god summoned by the human spirits of the Animal Realm to protect them from the beast spirits. Her ability is creating idols. 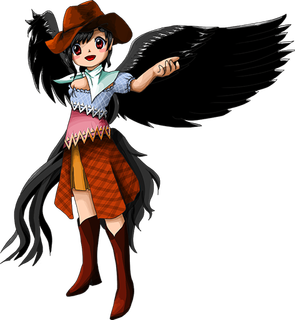 Matriarch of the Keiga Family
Saki Kurokoma
"Now, show this pitch black pegasus the power of the human who defeated the wicked god!"

The head of the Keiga Family of animal spirits, who decides to inspect the Human World after hearing about Keiki's defeat by the heroine. Her ability is unmatched leg strength. 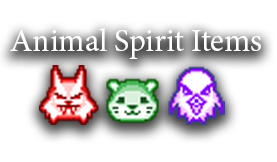 When the animal spirits from Hell invaded Gensokyo, three friendly spirits, the Wolf, the Otter, and the Eagle, betrayed their animal companions and helped the player character to stop the invasion. However, the story is a lie and their true intention is to bring a living human to defeat Keiki in the Animal Realm. Each of them belongs to a different faction. The Wolf is from the Keiga family, the Otter is from the Kiketsu family, and the Eagle is from the Gouyaku Alliance.

The leader of the Gouyoku Alliance of animal spirits. She makes no appearance in this game, but she is mentioned in dialogue. The Eagle Spirit is her minion.

See the side games page for her actual ingame appearance.