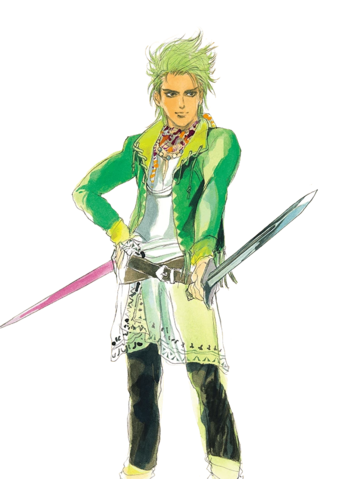 A settler from the small village of Sinon. A free-spirited, upstanding young man, he becomes Monika's guard if you accept Mikhail's offer. 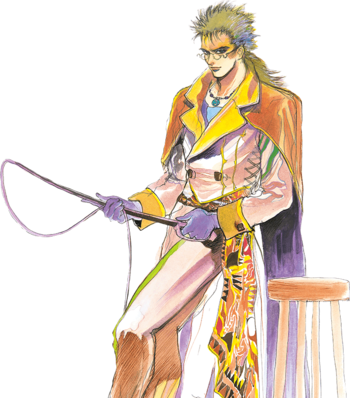 A fellow settler of Sinon, skilled in many fields, from cooking to fighting. 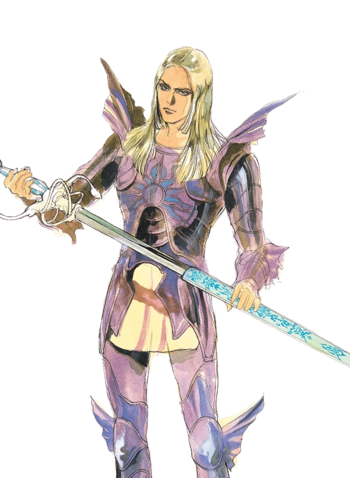 The Marquis of Loanne, he has been in control of Loanne ever since the previous Marquis died. 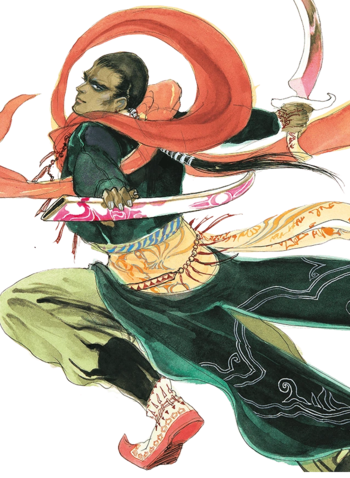 A traveler and highly skilled warrior that left the Naj Kingdom. Ever since then, he has worked as a mercenary. 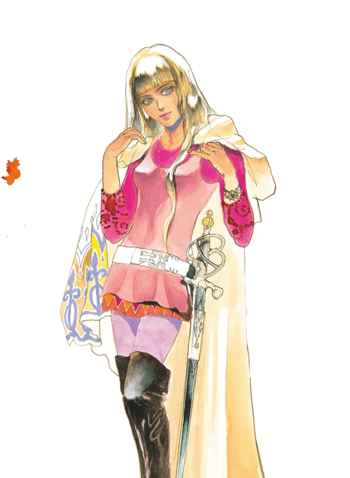 Mikhail's sister, she escapes the castle after overhearing the plot by Baron Godwin and Loanne's minister so that she may warn her brother of the plot. 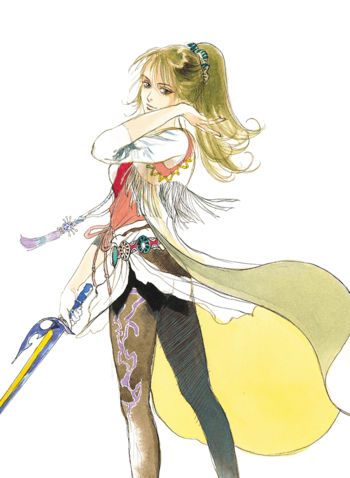 The elder sister of the Carson family. Very shrewd at times, but is only is concerned for what is best for those around her. 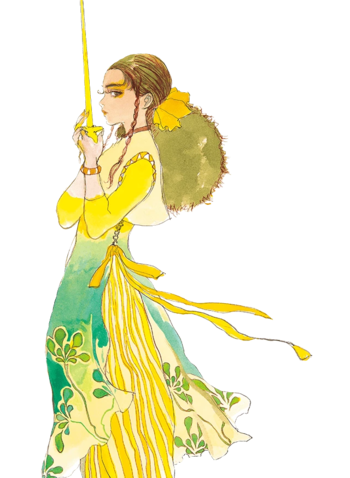 The younger sister of the Carson family. A bit gullible and very kindhearted, she admires Thomas Bent quite a bit. 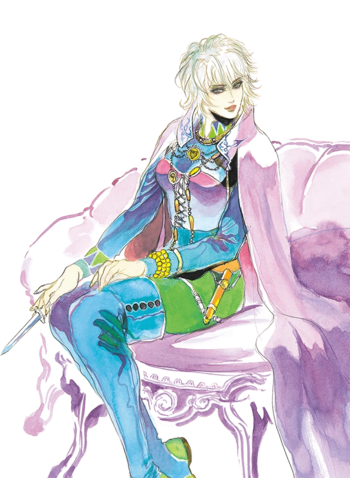 The guardian of Princess Monika and the Masquerade, a remnant of the Matriarch that is in possession by the Loanne Family. Has the distinction of being the only one of the lead characters that is unrecruitable outside of her scenario.
Recruitable Characters

A man who knows many tales, very similar to the bard from the first two Romancing SaGa games.

The 23rd generation of the Fulbrite family and leader of the Fulbrite Firm. He's quick to ally with Thomas, and when not in his party, runs the unique entrepreneurial sidequest. 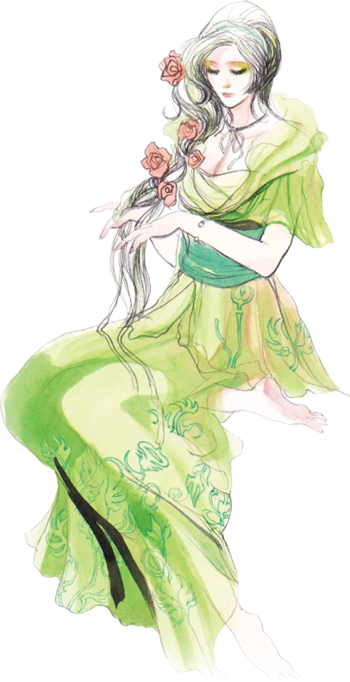 The heir to the Claudius family. 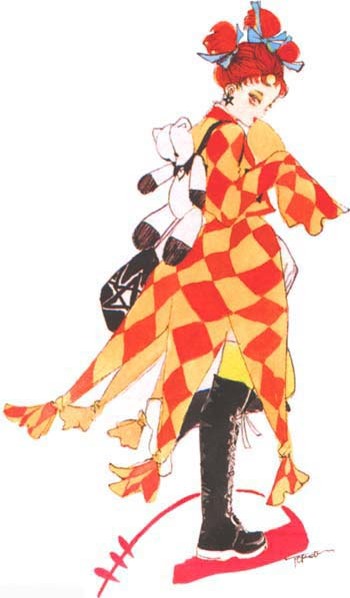 Heiress to the Rzhyev firm in Ryblov. She constantly changes her real name to various sweets when recruited multiple times. 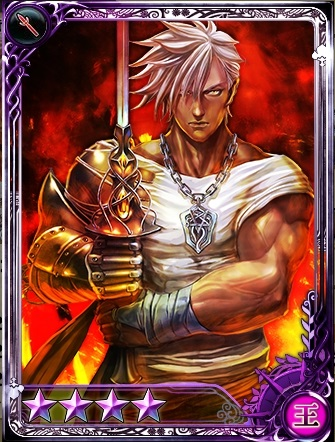 Artwork from Imperial SaGa
Muse's lover, an ex-runeblade who once served under her father, he has watched over Muse since the death of her father when Ludwig seized power.

The current owner of a Workshop in Pidona, which has been reduced to just herself and fellow blacksmith Cain after the death of their master and the theft of their masterwork.. 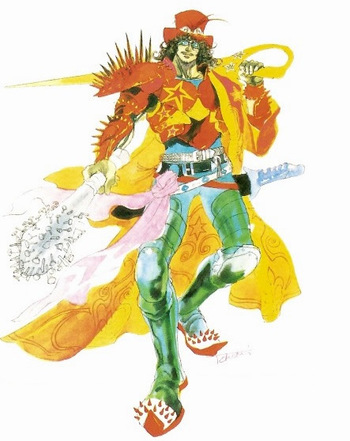 A man from the north who does odd jobs. Can join the party after helping each other with a job, unless the current protagonist's greed is too high.

A thief, and the boyfriend of Nina.

An old man who seems to harbor a secret. 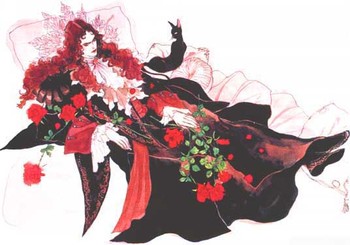 The vampire earl of Podorui who is in possession of the Holy Grail (which in this setting, once held the Matriarch's blood). 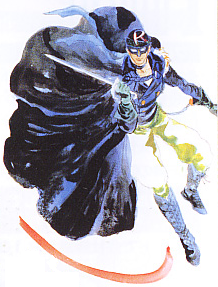 A masked hero who defends the people of Yarmouth. 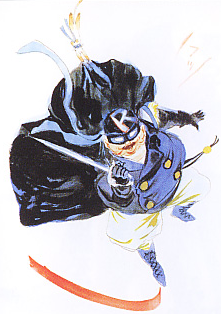 An impostor of Robin who also attempts to defend the people of Yarmouth. 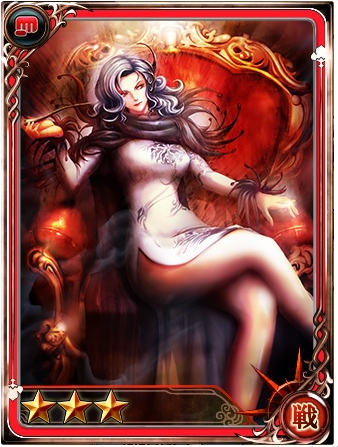 Artwork from Imperial SaGa
A water magician from Mahzoz who is at odds with the fire magician Volcano.

The head priest of the Divine Church.

A girl who lives in Mung village, working as Bai Meinyang's assistant. 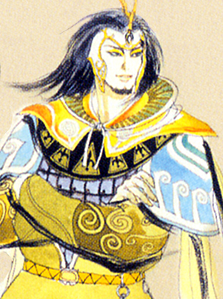 A general of Xuan City's army, and former apprentice of Bai Meinyang.

An eastern magician, renowned for her great power and wisdom. 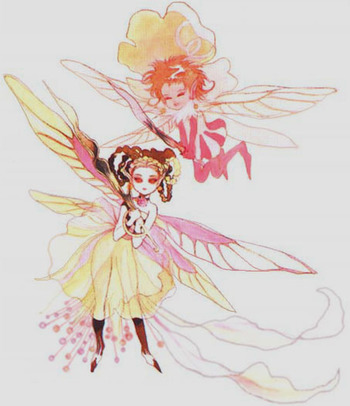 A fairy who is held captive by a traveling circus. 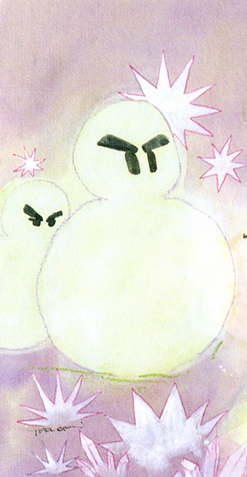 An animated snowman from a town full of them. 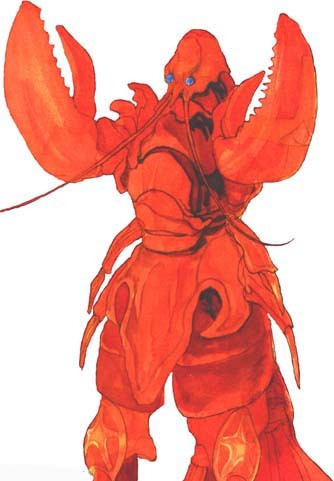 A lobster-man who wishes to see the world.

Rukh ("Zo" in some translations, Elephant in the japanese and fan version) 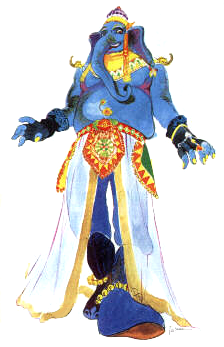 An elephant-man from an eastern town under the spell of the Archfiend. 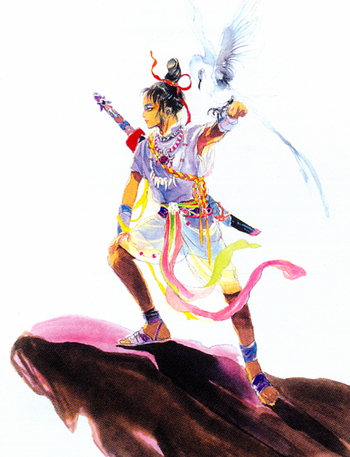 Matriarch ("Holy King" in some translations)

The one responsible for the sealing of the 4 Abyss Gates years before the start of the game.

A girl who is concerned with the sacrifices at Kyrdlund. She's also in a relationship with the good-natured thief Paul. 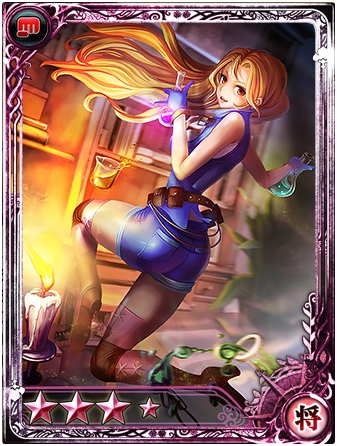 Artwork from Imperial SaGa
A female scientist who makes inventions for the Duke of Zweig. 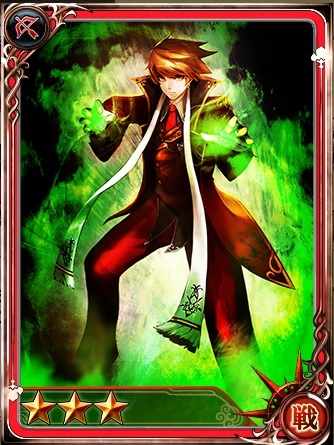 Artwork from Imperial SaGa
A fire magician from Mahzoz that's feuding with Undine.

The leader of the Pidona division of the Divine Church.

The current commander of Pidona.

Descendants of the Matriarch. They reside in Lance, keeping watch over the temple.

The current mayor of Vanguard.

Leader of the Dophore firm of Yarmouth, which holds a monopoly on some types of items.

The descendant of a man who was burned at the stake for making accurate predictions based around the Death Eclipse, who has nonetheless followed in his ancestor's footsteps.

Johannes' sister, who can sell the ultimate "Earthly" spells to the heroes once the respective Sinistrals have been defeated.

The Emperor of Xuan City, and leader of the human civilizations east of the great desert.
Beasts and Monsters

The leader of the monsters in the cave by Kyrdlund. He's a rat given sentience and heightened intelligence by The Professor.

The descendant of Dora, a dragon who once aided the Matriarch.

The Sinistral of Earth.

The Sinistral of Water.

The Sinistral of Fire.

The Sinistral of Wind.

Oblivion (The Destroyer in the fan translation)

Its base form
The game's final boss, the personification of the destructive power of the Abyss.