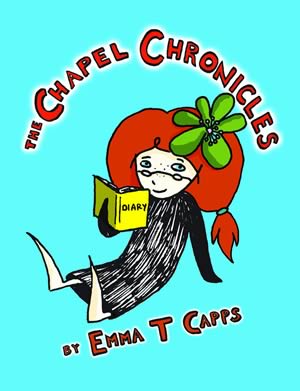 Book One of Chapel Chronicles
Advertisement:

is a hand drawn, full-color webcomic created by Emma T Capps which updates on Fridays with author commentary in English and Spanish.The strips center around the adventures of Chapel Smith, a zany 11 year-old girl and her hedgehog sidekick, Sir Rupert Tennyson Bollingsworth the First. Chapel loves hats, hates chores, has a little bit of an obsession with Lady Gaga, an archenemy, Fred, with whom she plays games, and in Season One adopts a pet hedgehog. The art has evolved in Season Two to give backgrounds to Chapel, such as a house, and to explore other aspects of her personality. The author sells a Webcomic Print Collection of the 32 strips in Season One. Can be read here

. You probably should start from the beginning to get a real sense of Chapel's character and to understand later references.

Tropes featured in this webcomic