The head of the Federal Bioterrorism Commission (F.B.C.) and one of the foremost names in counter-bioterrorism.
Parker Luciani
Voiced by: Kirk Thornton, Mitsuru Miyamoto (Japanese) 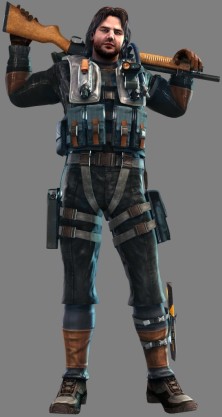 Jill's partner in Revelations and a relatively new BSAA agent. The year before joining the BSAA, he was a member of the Federal Bioterrorism Commission, where he got to witness the Terragrigia Panic first hand with his partner Jessica.

Chris's partner in Revelations. She was an agent in the Federal Bioterrorism Commission, but following the Terragrigia incident, she joined the BSAA "to be on the right side."

A member of the FBC also present on the Zenobia along with Parker and Jill in Revelations. Another survivor of the Terragrigia Panic. Boarded the Queen Zenobia with his partner Rachael but they become separated in an attempt to restore power to the vessel. She is ultimately claimed by the T-Abyss Virus. 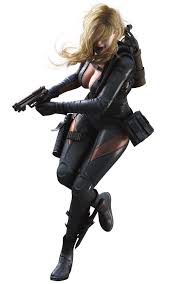 An F.B.C. agent sent to investigate the Queen Zenobia. She is Raymond's partner, but they got separated.

Her surname comes from early marketing for the home console port, and was never revealed in the original 3DS version. 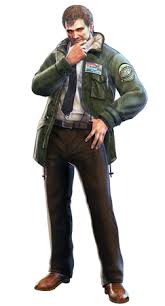 The director of the North American B.S.A.A. during the time of Revelations. At the time, the BSAA was a small NGO with limited resources, so although O'Brian was on the ground during the incident, it was mostly as a European-dispatched "third-party observer" while the Federal Bioterrorism Commission took the lead on the rescue efforts. Was heavily involved with the Terragrigia Panic alongside FBC Director General Morgan Lansdale, who he did not see eye to eye with. One year later, O'Brian, along with agents Luciani and Jill Valentine, investigated the presence of mysterious corpses that seemed to be floating ashore on the mainland from the ruins of Terragrigia. The team would discover what would later be revealed as a sample of the t-Abyss virus within one of the carasses, and O'Brian took possession of it.

At around the same time, O'Brian "lost contact" with Chris Redfield and Jessica, who were investigating a remote mountain airbase suspected of harboring Veltro terrorists. He dispatched Jill and Parker to their last known location: aboard the Queen Zenobia in the Mediterranean Sea.

A member of the BSAA introduced in Revelations. A dab hand with technology and a film buff. On and off the battlefield, he and Keith Lumley were a good combination. Many of his own ideas were included in the features of the "Genesis" scanner. He himself devised and subsequently developed the characteristic headset he wore. Under Chris Redfield's suggestion, Quint and his partner Keith Lumley were assigned by Clive R. O'Brian to storm the Valkoinen Mökki Airport, one of Veltro's main hideouts, to collect any information about the Queen Zenobia in order to track their fellow comrades, Parker Luciani and Jill Valentine.
Keith Lumley
Voiced by: Daisuke Ono (Japanese)

Another BSAA operative introduced in Revelations. He hangs out with Quint and is a close-combat specialist. In 2005, Keith, along with his partner Quint Cetcham, was deployed by Clive R. O'Brian to infiltrate and investigate the Valkoinen Mökki Airport. There, they witnessed a Veltro agent violently mauled to death by a Farfarello B.O.W., which allowed them to obtain the key for the crashed airplane's computer. After collecting the key, they made their way to the crash site, previously visited by Jessica Sherawat and Chris Redfield. 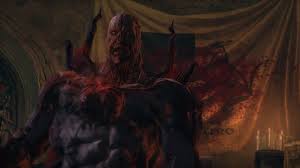 The head of the bioterrorist group Il Veltro, he was killed along with his organization following the Terragrigia Panic when the cruise ship they were on was sunk, but a video has since surfaced of him threatening to release the T-Abyss virus into the world's oceans. 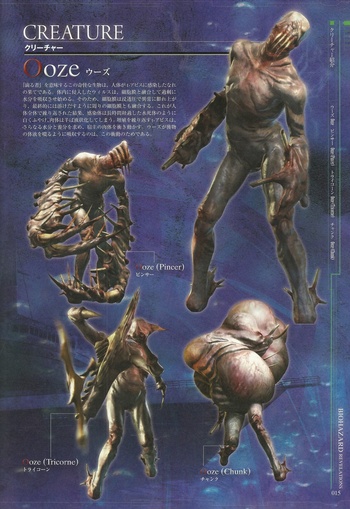 The four Ooze variants
The most common result of a T-Abyss infection, the Ooze is the result of when a human male is infected with the virus. It comes in four variants: Normal, Chunk, Tricorne, and Pincer.
Scagdead
Globster
Fenrir
Farfarello
Ghiozzo
Sea Creeper
Scarmiglione
Draghignazzo
Malacoda
Wall Blister