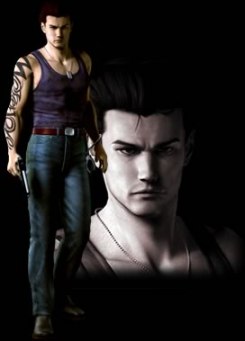 Voiced by: James Kee (Zero), Steve Von Wormer (The Umbrella Chronicles), Katsuyuki Konishi (Japanese, Zero HD Remaster)
"Listen, little girl, if you haven't noticed there's some pretty freaked out things on this train. And I, for one, wanna' get out of here. I don't think we stand a chance of doing it alone."

A former Marine, Billy was sentenced to execution for the slaughter of 23 people in Africa. However, when his transport through the Arklay mountains was overrun by mutated leeches (No, seriously...), he escaped. He proceeded to team up with Rebecca Chambers, and the two investigated zombie filled trains and a research facility in the woods. He was last seen in the woods around the mansion area, and hasn't been heard from since. 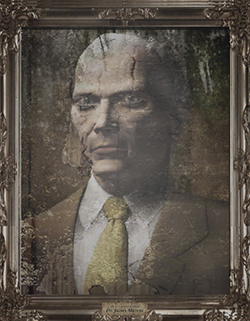 One of Umbrella's three founding members along with Ozwell E. Spencer and Edward Ashford, the one who figured out how to make the Proginetor Virus into the T-Virus. He was murdered by Wesker and Birkin on Spencer's orders. 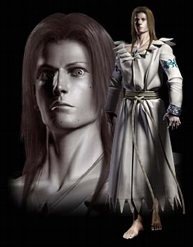 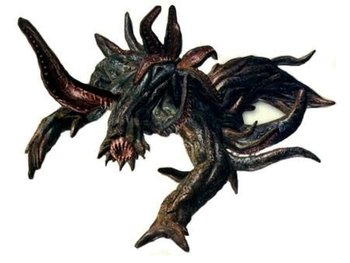 A young man in strange clothes that causes the mutated leech outbreak on the Ecliptic Express. He claims to be Dr. Marcus reborn and wants to destroy Umbrella.

Umbrella's first semi-successful attempt at making a super soldier. Despite its primitive design in comparison to later B.O.W.s, it nonetheless demonstrated the "bare ferocity" that earned its series the name "Tyrant". During the experiment, the t-Virus' negative effects were found to be too potent, resulting in such deformities as the skin essentially "exfoliating". This led to the decision to discontinue the Tyrant's development.

Bravo Team's helicopter pilot. After the accident that forced their emergency landing, Kevin stayed behind to fix the chopper and wait for rescue. By the time Alpha Team arrived, he'd had an unfortunate encounter with a pack of Cerberus.