Just an ordinary boy.
A 19 year old IT consultant living at home with his ailing mother. One day he took a personality quiz online and the next thing he knew he was part of Olympus Overdrive, the game of the gods, with Hades, lord of the underworld as his partner.
Assigned task: Self-confidence.
Advertisement:

The god of the Underworld. No, really!
The erstwhile lord of the underworld.

God of Ur heart ;-)
The man himself. Or herself as the case may be. King of the gods. God of lightning and thunder.

Beautiful and knows it.
A famous model who is Zeus' partner.
Assigned task: Humility 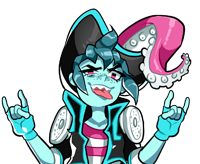 She demands all yer wine.
God of the sea. Her partner is Bobby. 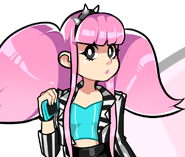 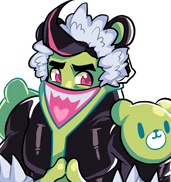 A huge, huggable teddy bear. In more than a sense.
The blacksmith of the gods. His partner is Alexander.
Assigned task: Assertiveness

Little body, soul of a warrior.
An 11 year old kid from Russia. His partner is Hephaestus. 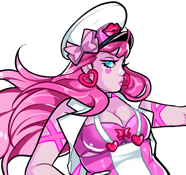 For a world of beauty, love and perfume.
Goddess of love, beauty, procreation and pleasure. 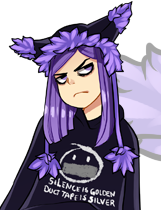 She's not happy to see you.
Mortal partner of Aphrodite. Kind of a shut in.
Assigned task: Self-acceptance. 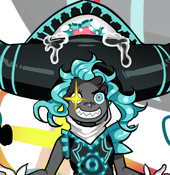 "We all could use some chaos..."
Goddess of chaos.

The result of the 'Other' option?
Goddess of the moon, the hunt and young girls. Her mortal partner is P.K., who seems to be a popular singer of some sort.

As a boy or as a girl, still hot.
Artemis' twin brother and god of the sun, arts and young boys. His mortal partner is Harper, who seems to be a popular singer of some sort. 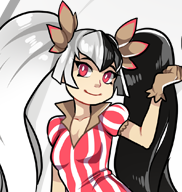 "We will always have hope..."
Pandora. Chick with the box. That Pandora. She serves as the game master for Olympus Overdrive.

La reina of Underworld. More fierce than she looks.
Queen of the Underworld and Goddess of Spring; wife of Hades and daughter of Demeter.

"Gotta go fast"
The only and only messenger of gods.

God of the wild and shepherds.