Characters / Chuck CIA And Other Spies 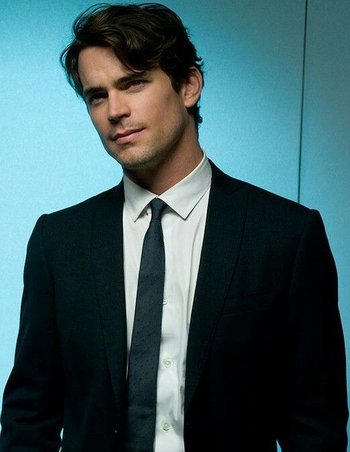 "It's hard to say goodbye."

Chuck's old college buddy and roommate, Bryce is responsible for getting Chuck kicked out of college by framing him for cheating on a test - in truth, he was only saving Chuck from the spy life since he was already being scouted by the CIA. In the end, however, Bryce ended up sending the Intersect to Chuck and starting the whole chain of events as he only trusted Chuck with the Intersect. 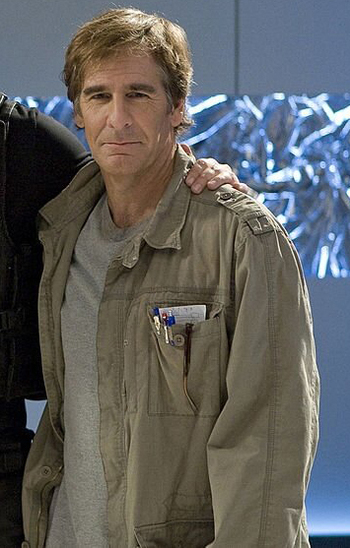 "Maybe we should...wait until dark, they're...they're tracking my every move. Rat bastards..."

Chuck and Ellie's estranged father, he is later revealed to have been a CIA spy, engineer, and creator of the Intersect - codenamed Orion. After discovering what the Intersect was truly capable of, he abandoned Chuck and Ellie to protect them from Fulcrum and The Ring.

He was later shot and killed by Daniel Shaw. 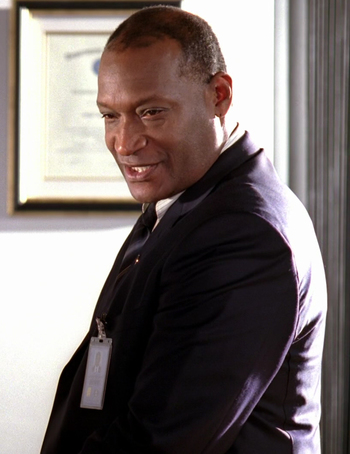 "At least they (the intersect) weren't sent to his friend."

Graham was the Director of the CIA, and the direct supervisor of the Intersect Project, along with Sarah's superior. He recruited Sarah when she was in high school after he apprehended her father for conning a dangerous individual - claiming he saved them both. It is assumed he is the only other person to have known Sarah's real full name.

He was killed at the beginning of Season 2 after the rebuilt Intersect was sabotaged by Fulcrum. 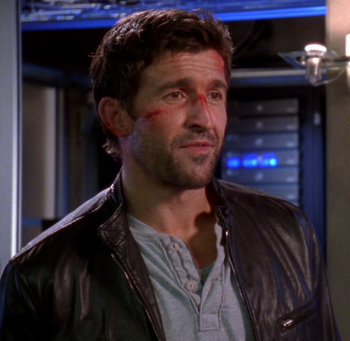 "Well, who'd have thought it. Cole Barker loses the girl to Chuck Bartowski."

Barker is a MI6 agent who infiltrated the ranks of Fulcrum as one of their top operatives - only to have his cover blown by Chuck & crew after a case of mistaken identity. Throughout his stay in Castle, some static was caused between him and Chuck, with Barker shamelessly hitting on Sarah at every chance he got. Regardless, he proved he was ultimately a good guy, and a dependable agent.

"Come with me if you want to live."

Mary is Chuck and Ellie's mother. She disappeared when they were children, leaving Ellie to raise Chuck after Stephen left as well. She first appears in "Chuck Versus the Anniversary" where she is a prisoner of Marco, an agent of Volkoff. She escapes, effortlessly killing her captors. Though at first its a mystery as to who she's working for and who she's loyal to, the one thing that's clear is that she does not want to hurt her family.

Eventually it's revealed that her original mission of infiltrating Volkoff Industries is still her primary goal, due to her husband's Intersect project being responsible for turning the previously harmless Hartley Winterbottom into the Axe-Crazy Alexei Volkoff. 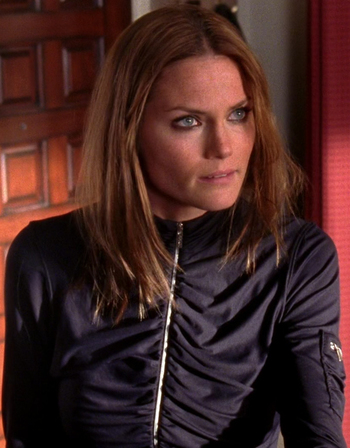 "You idiot. The reason Sarah is being so cold is because she loves you. Now get your head out of your ass and be a spy."

One of Sarah's old spy buddies (they were part of a four-woman team called the CAT Squad), Carina is a spy who is equally comfortable with either kicking ass or seducing unwitting marks. 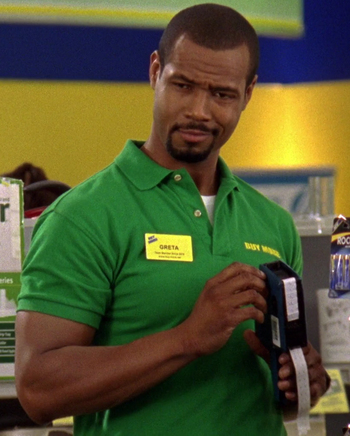 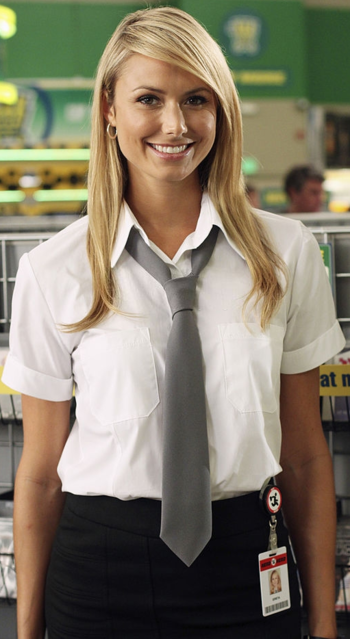 "I have a way with dealing with annoyances. It's very pleasant. But only to me."

An agent(s) under Beckman's direct orders who is stationed at the rebuilt, CIA-run Buy More. Many different individuals assume the identity of Greta, for mission ambiguity and other...unclear purposes.

Eventually, it is revealed that the Gretas were candidates for a new NCS project in which they were candidates vying to be new Intersect Agents. Greta-2 and Greta-3 and became the first members of this program, before a nearly catastrophic disaster resulted in the program being taken under Chuck's lead, and the two Gretas are subsequently de-Intersected. 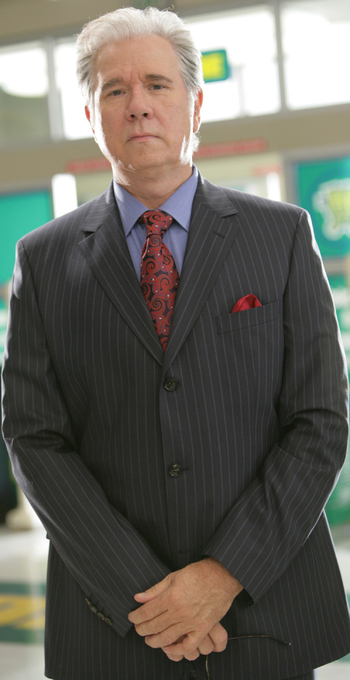 "The first rule of being a spy: never fall in love."

Was one of the best spies in the US government and known for his legendary exploits with the ladies, but is now....past his expiration date. Has a historical relationship with Gen. Beckman. 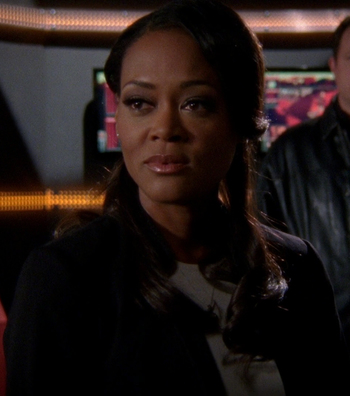 "You know what your problem is? You want people to like you too much. A true leader shouldn't care about that."

NCS Director in charge of the GRETA project to find field agents to imprint with the Intersect. After the project was scrapped, she was demoted to work directly under Chuck himself, much, much to her displeasure. 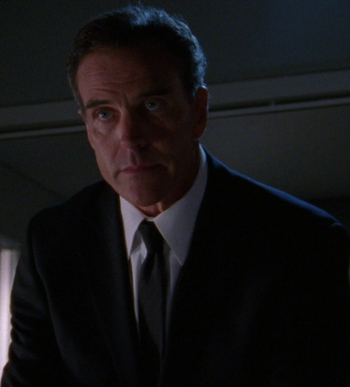 Described as the CIA's toughest and most ruthless agent, Decker was hell-bent on getting rid of Volkoff and foiling Chuck. In the final season, along with a team of corrupt CIA agents, he was once more determined to destroy Carmichael Industries and eliminate Chuck, for rather mysterious reasons. Those reasons were blackmail: Daniel Shaw discovered traces of his corruption, and used it to blackmail him into acting as his lackey. He was killed by Verbanski.