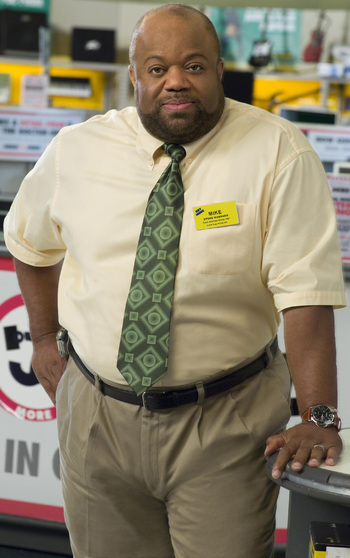 "Mornings are for reflection and pastry."
Portrayed by Mark Christopher Lawrence

Manager of the Burbank Buy More and Morgan's stepfather, he rules his store with an iron fist...or pretends he does. There's a reason why it has amassed its particular collection of freaks. He enjoys fishing, and taking down thieves. 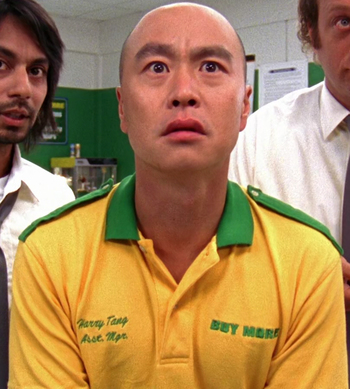 A loud, short-tempered salesman at the Buy More during Season 1. He is Chuck's main rival for the position of assistant manager, which Chuck loses due to his duties as a spy. Harry and Chuck strongly dislike each other and when Harry becomes assistant manager, he does whatever he can to make Chuck's job harder. After he accidentally finds out that Chuck, Casey, and Sarah are spies, he and his wife are relocated to Oahu, Hawaii where he is made into the manager of a pineapple plant and appears to be quite happy. However, he believes that Casey has recruited him as a spy and that his new job is just a cover. 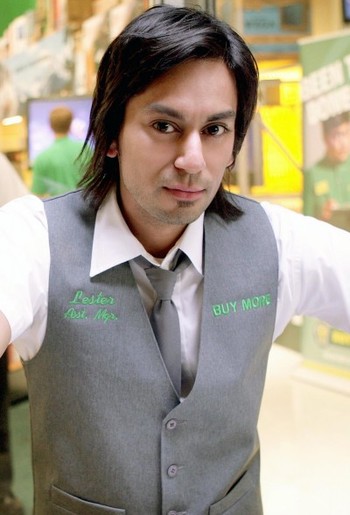 "Repulsion is our business..."

Fellow Nerd-Herder from the Buy More, Lester works under Chuck, and with his best friend Jeff. He is the lead-singer of their band, Jeffster!, is a specialist in Apple products, and is proud of his talent as a professional stalker. 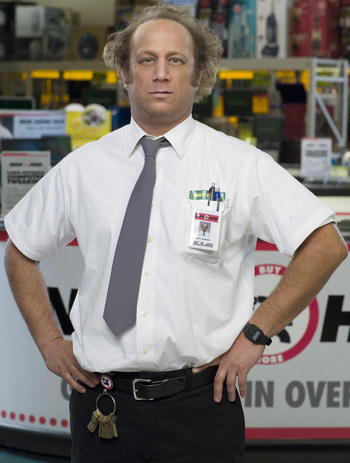 Fellow Nerd-Herder from the Buy More, Jeff works under Chuck, and with his best friend Lester. He plays the instruments and edits the videos for their band, Jeffster! He's also an Apple specialist, and quite possibly the creepiest guy in the world. Turns out, he's actually a very intelligent, sensitive and sweet guy. His peculiar behavior was the result of constant carbon monoxide poisoning and Lester's toxic influence, who IS the creepiest guy in the world. 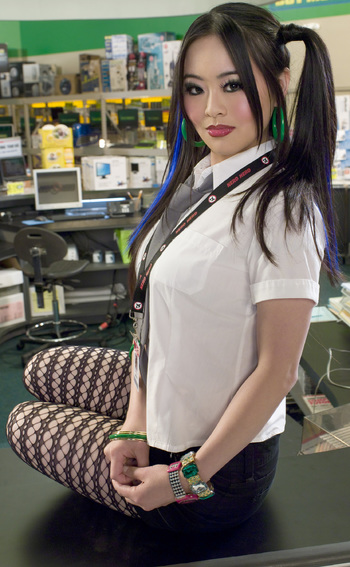 "Morgan's so awesome! He can eat anything..."

Another Nerd-Herder from the Buy-More, Anna Wu is Morgan's ex-girlfriend. She gives off a very prostitute-y vibe, and has a rather colorful relationship history.

"Do all your friends give your mother urinary tract infections?"''

An efficiency expert sent from Buy More corporate, Emmett was quickly promoted to Big Mike's assistant manager. His massive douchebaggery shined through as he used Morgan to get Big Mike demoted to a simple green-shirt.

Soon after his promotion, he was shot and killed by Javier Cruz. 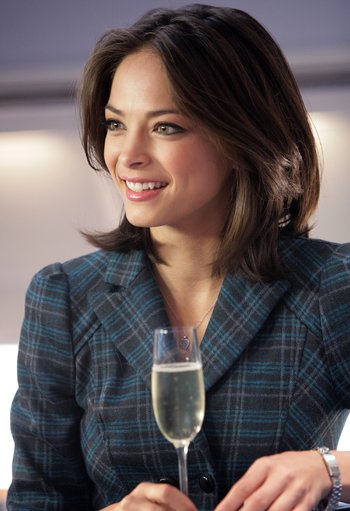 "Any idea what she's doing here, other than trying to make you jealous with that ridiculously good looking date of hers?"

A cute, spunky computer expert whom Chuck met on a plane to Paris. Being fired from her job, Chuck offered her to work with him at the Nerd Herd - an offer she accepted. But, with Chuck being a super-spy who has to lie about every little thing to her, their building romantic relationship was very short-lived.