A powerful Russian corporation that is a guise for a vast criminal network specializing in sales of cutting edge weaponry. The company is located in Moscow and led by the psychotic Alexei Volkoff, the world's most notorious arms dealer. 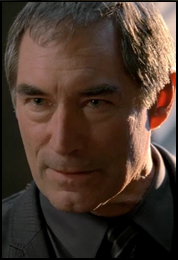 "'Death is the solution to all problems.' It's a quote from my favorite poet and humanitarian...Joseph Stalin."

Born Hartley Winterbottom, Alexei Volkoff is the batshit crazy CEO and founder of Volkoff Industries, an arms manufacturer. He is a recluse, described by Casey as the "Russian Howard Hughes.", similar to his depiction in The Aviator. He is first mentioned in "Chuck Versus the Anniversary" by Marco. He makes his first onscreen appearance in "Chuck Versus the First Fight". 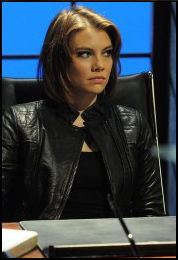 "You don't know who I am. You have both lied to me, betrayed me, and shattered my life."

A young woman targeted for assassination by one of Volkoff's old lieutenants. She is believed to have the key to Volkoff's Hydra database, which is needed to take over his association. She is Volkoff's daughter and originally had no knowledge of what her father did, or that the reason he had been sending her to various schools was to groom her as his successor. While she originally seems willing to help, her father's lawyer is able to manipulate her into thinking Chuck, and by extension the CIA, were just using her, prompting her to turn against them and take over her father's company, becoming the Big Bad for the last chunk of season 4. 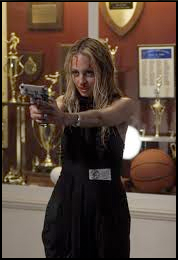 "Thanks for that, movie dork. I bet you have like a TRON poster in your room."

Heather was a high school friend of Sarah Walker, who Heather knew under the alias Jenny Burton. She married Mark Ratner, a high school nerd who ended up as a wealthy engineer. She illegally sold several of his secrets on the black market and was eventually captured by Team Chuck. She later reveals that she was working for Volkoff Industries. She first appeared in "Chuck Versus the Cougars" and returned in "Chuck Versus the Cubic Z". 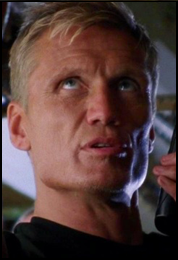 A Giant Mook under the employ of Mr. Volkoff, Marco was in the process of smuggling a powerful EMP device until he was thwarted by Chuck and his crew.

He was shot and killed by Mary Elizabeth Bartowski. 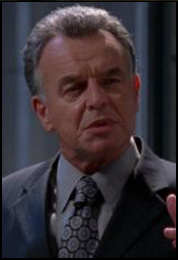 "Nobody ever said no to your father."

Alexei Volkoff's unscrupulous attorney who takes Vivian under his wing. 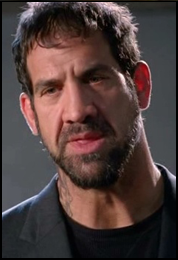 Real name - Yuri Gobrienko. Volkoff's most trusted bodyguard, henchman and cannibal. He had direct access to something Volkoff needed: His arms pipeline and network, "Hydra." After his escape from prison was arranged and pulled off by Team Bartowski, he was promptly disposed of by Volkoff for jeopardizing his entire network in the first place.

Tropes associated with The Gobbler: