Characters / Chuck Everyone Else 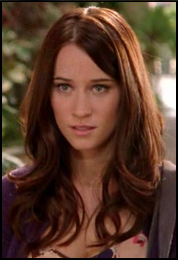 "Whether you like it or not, dad, I'm not going anywhere."

The daughter of Alexander Coburn (AKA John Casey) and Kathleen McHugh. Kathleen was told that Alexander was killed in combat in 1989 (actually volunteered for a special unit) while she was pregnant with their daughter. He first found out about his daughter twenty-one years later in "Chuck Versus the Tic Tac". After being targeted by Ring agents, she becomes aware of her father's true occupation. She is Morgan's girlfriend, much to her father's very reluctant approval. 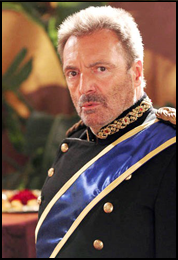 Dictator of fictional Latin American country Costa Gravas. Four presidents (Gerald Ford, Jimmy Carter, Ronald Reagan and George H. W. Bush) issued a kill order on him but failed. Those orders were carried out by John Casey, who Goya calls the "Angel of Death." He gained many enemies, both inside and outside his country, when he decided to allow democratic elections. He is deeply fond of Captain Awesome, the man who saved his life, and even fonder of his wife Ellie. He also respects Casey, who (unwillingly) donated blood to save him, and gives him a new nickname: "Angel of Life." 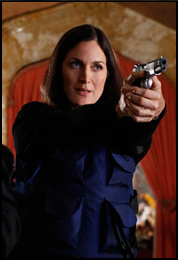 "Sorry, if I got too physical. Must be the uniform."

A (presumably) Russian or Slavic PMC soldier who had a moment with John Casey in the past. She has now returned with her own company (Verbanski Co.) and is helping the team as well as providing Casey with some romance. 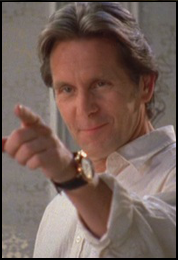 "A thief has to run out of town as fast as he can, but a good con man can leave whenever he wants"

Real name unknown. Sarah's somewhat estranged father. He is a Con Man who frequently involved Sarah when she was a kid in his schemes, and often rewarded her with ice cream or sometimes hard cash. Sarah claims that her experiences with him rubbed her the wrong way, but Jack (correctly) deduced that she had way more fun conning people than she would care to admit. That said, he always kept her well-being and happiness at heart, and in his own way, looked out for her.

When Sarah was in high school, Director Graham arrested him "for his own protection" after he conned a particularly dangerous man - this same incident was when she was recruited into the CIA. Jack however found out about her much later, and despite being on opposite sides of the law, he's proud of her. Using his skills as a confidence man, Jack helped out Chuck and his team on two separate occasions: Freezing the funds of a powerful Sheikh, and obtaining Iranian nuclear missile plans. 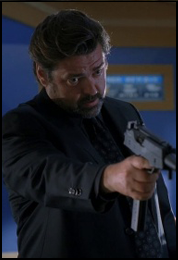 "Nice to meet you. I'm Nicholas Quinn. And I'm about to become the Intersect."

A rogue freelance spy who has something of a vendetta against Chuck, to put it very mellow. He was a top-grade CIA agent who was set to be the agency's first true Intersect Agent. However, Bryce Larkin happened. After that, his life and career began a downward spiral until he left the CIA and began to work freelance. ...For Fulcrum, The Ring, and Volkoff Industries, all organizations which Chuck himself put out of commission, and Quinn out of business. Quinn snapped, and made it his life's mission to make Chuck's life a living hell even worse than his own, and get the Intersect while he's at it, which technically is rightfully his anyway. 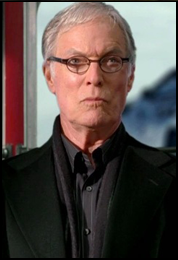 "Pursue Agent Carmichael, and we will kill him - slowly."

Real name - Adelbert de Smet. Just how it sounds, The Belgian is a Belgian man who is in charge of Belgian Organized Crime. An extremely dangerous individual who specializes in smuggling highly sensitive intelligence, he had information on the identity of the Intersect. However, when Chuck practically fell into his lap, he got ambitious and decided to kidnap Chuck to extract the Intersect, or just sell off Chuck himself altogether. Even if he had to lobotomize him.

He was knocked out and arrested by Chuck's very protective, and very pissed off girlfriend.