Also see Child's Play (2019) for a list of characters from the remake. 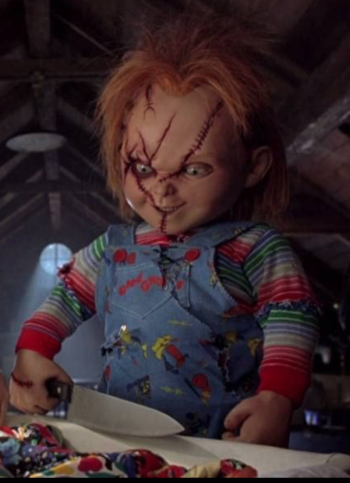 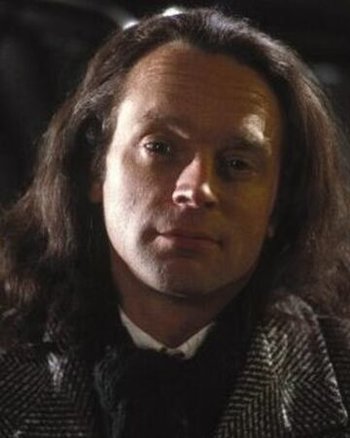 Debut film: Child’s Play (1988)
Portrayed by: Brad Dourif, Fiona Dourif (Cult)
"Think about it, what's so great about being human anyway? You get sick, you get old, you can't get it up anymore. I'm not looking forward to that! As a doll, I'm fucking infamous! I'm one of the most notorious slashers in history! And I don't wanna give that up. I am Chucky, the killer doll! And I dig it!"

The main antagonist of the franchise, as well as the most recurring character. Originally a human serial killer from Chicago known as "The Lakeshore Strangler" who practiced Voodoo, he was chased down by the cops one night that resulted in him being shot by Detective Mike Norris in a toy store. Wanting to escape death, Chucky proceeded to use a Voodoo spell to transfer his soul into a Good Guy Doll. Ever since, Chucky has continued to rack up a body count in his quest to find a human host suitable for him to transfer himself back into while also getting revenge on those he feels has wronged him. 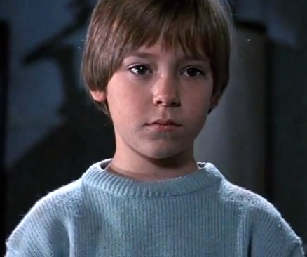 The secondary protagonist of the first film, main protagonist of the second and third films and returning protagonist of the seventh film, Andy is the second most recurring character in the series. On his 6th birthday, he receives a Good Guy Doll from his mother as a present. Unfortunately, it turns out it's possessed by a serial killer named Chucky who wishes to use Andy as a human host. Throughout the first three films, Andy is relentlessly pursued by Chucky in an attempt to either kill or transfer his soul into him while Andy constantly fights back to stop him.

An orphan being fostered by Phil and Joanne Simpson. She becomes close to Andy after he comes to stay with the Simpsons. 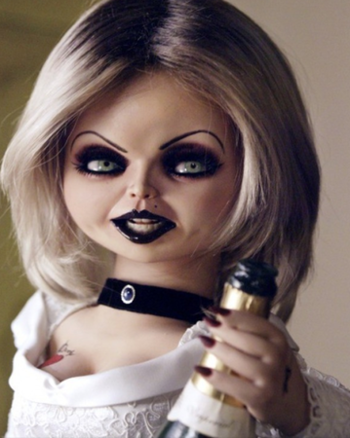 Chucky's girlfriend from when he was human, Tiffany is the secondary antagonist of the next four films. Madly devoted to Chucky, she spent the next 10 years after the events of the first film searching for her lover in hope of reuniting with him. When she finally finds him, things eventually turn sour and Chucky ends up transferring her soul into a doll like him as revenge. Her and Chucky attempt to find human host for themselves while exploring their complicated relationship.

The youngest daughter of Sarah, sister of Barb, sister-in-law of Ian, and aunt of Alice.

A Voodoo spirit who grants any wish Chucky commands of him through chanting.

A teenaged orphan who decides to elope with her boyfriend Jesse.

Two pickpockets who meet Jesse and Jade at the Valentine's Day themed motel (just to steal Jesse's money, which was so happened to be the same $500 given to him by Chucky and Tiffany).

Nica's niece, the daughter of Barb and Ian, and granddaughter of Sara.

A psychologist who treats Nica.

A patient who has multiple personality disorder.

A patient who smothered her baby to death and believes a Good Guy doll is her baby.

A confrontational and paranoid patient who burned her house down.

A schizophrenic patient who believes she is dead.

A nurse at Harrogate.

A female nurse at Harrogate.