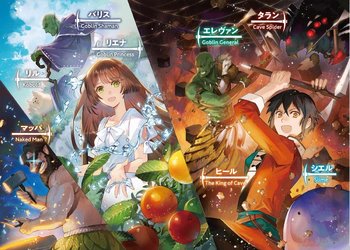 Just another day for you and me in paradise...
Advertisement:
Heal

What am I supposed to do with this [Cave King] crest?
17th prince of the kingdom of Sanfaris and the protagonist.
Shield 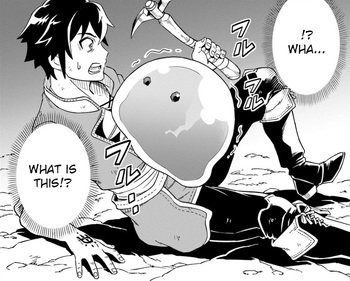 Um... Hello. Your name is now Shield!
A slime that is Heal's first companion and [Tamed] monster.
Rianne 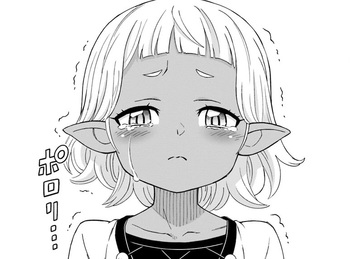 Heal, I will give you my everything!
Last surviving member of the Gorzen tribe's royalty.
Taran 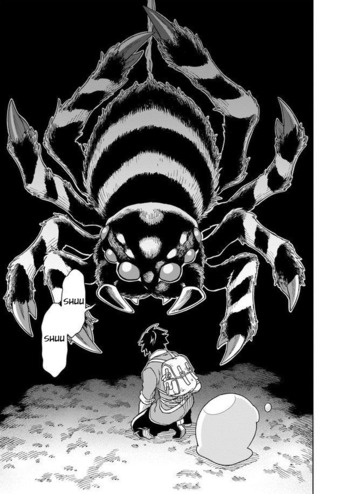 Shuu
A gigantic cave-spider found by accident while Heal was mining.
Mappa 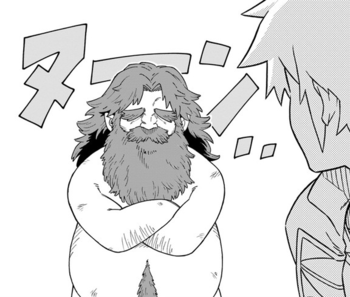 ...
A dwarf that's accidentally resurrected by Heal when he lays down the Dragon Orb as he's running off to rescue the rest of the Beldan goblin tribe when their run-down ship capsizes near the island.
Advertisement:
Ril
A kobold infant Heal finds inside a locked treasure chest, magically sealed inside by her mother to try and keep her safe when her people's ship came under fire from orc pirates.
Heath
A giant bee Taran captures and Heal tames.
Aries
A sentient alien octopus Heal and company find while exploring the ancient ruins deep under Shiorel.
Leila
Heal's Childhood Friend Fiance.
Elto
A dragon Heal and crew find at the bottom of the mine. She was captured and sealed away by the last wielder of the Cave King crest. She agrees to be [Tamed] in exchange for her freedom.
Advertisement: 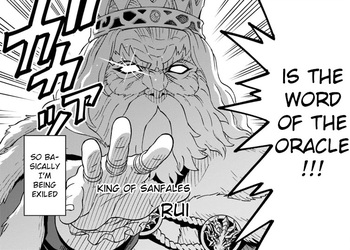 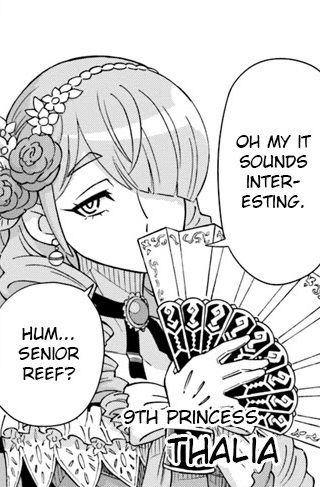 Siorel Reef? What's that? Is it tasty?
11th prince Valpas 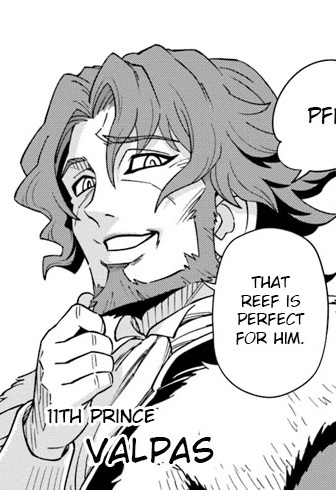 Hahaha, a loser territory for a loser brother!
18th prince Owen
One of Heal's younger siblings. 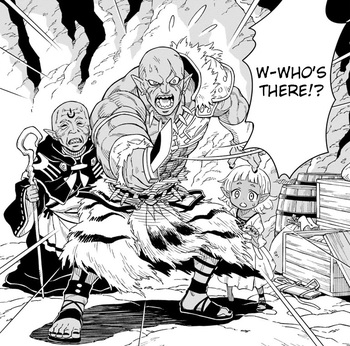 Human! How can I believe you?! Aren't our people at war?!
Formerly Rianne's bodyguard, and now the army general of Shiorel Reef.
Varis 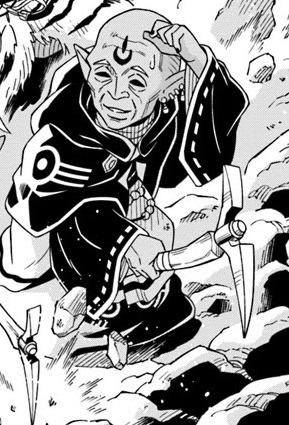 Kamyu
The captain of the orc pirates.

Arder
Originally tasked by his king with mapping the nearby coasts, islands, and ocean waters, he instead seeks to make himself and his men rich by turning to piracy, attacking any local ports he came across. He regrets it when this results in clashing with the powerful Sanfaris navy, sinking two of his five boats. He takes the remainder of his fleet and flees, bumping into Shiorl reef, which he once again mistakes as easy prey.

Berfalt
Introduced as Alder's slave and interpreter. He was captured and enslaved by one of Arder's first forays into piracy.