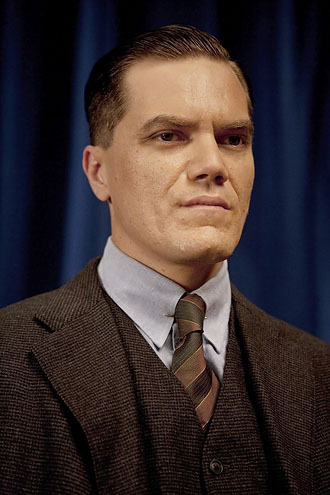 "Thou hast fulfilled the judgement of the WICKED!"
Click here to see George Mueller 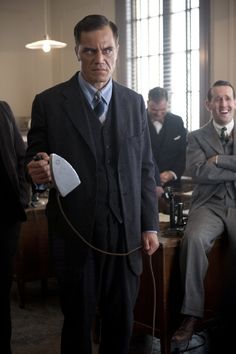 Originally an overzealous Prohibition agent who vows to bring down Nucky and one of the primary antagonists in the show. As stoic and ruthless in his private life as he is in his professional life, he and his wife are extremely Christian and trying to have children. Secretly lusts after Margaret Schroeder, but finds himself disgusted when she sets up house with Nucky; this, coupled with his failure to bring Nucky to justice because of his graft and the barriers produced by his own superiors sends him in a downward emotional spiral that includes fathering a bastard with Lucy Danzinger, ruining his marriage, killing his corrupt partner and becoming a fugitive when he is exposed as a murderer. Season 3 finds him under an assumed identity in Chicago, just as Al Capone begins his rise to power. 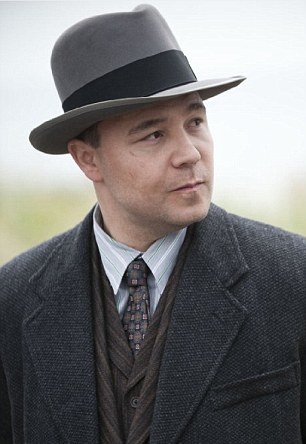 "We've been on the road for 18 hours. I need a bath, some chow... then you and me sit down, and we talk about who dies. Huh?"
Introduced as a low-ranking thug, he will soon become a notorious crime boss. He develops an odd friendship with Jimmy and is Torrio's right-hand man. Played by Stephen Graham. 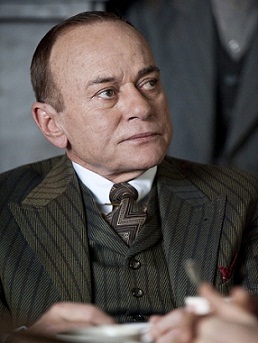 "Let's say the whole thing was an unfortunate series of misunderstandings."
The Italian crime boss of Chicago during the early 20s, he was the Number Two to Big Jim Colosimo before he made the error of not getting into the illegal alcohol business and was forcibly retired. Torrio is, however, far from being ruthless and always tries to use diplomacy first when dealing with other gangsters. Played by Greg Antonacci. 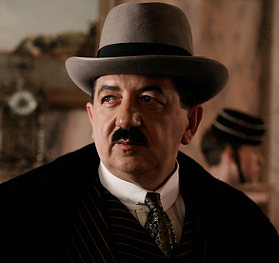 "You should all come to my restaurant. If you like to eat, you eat. If you don't like to eat... uh-huh-huh."
The leader of a criminal vice ring in Chicago till he retired in early 1920 on account of a bullet to his head. Played by Frank Crudele. 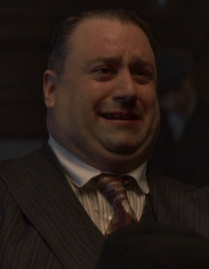 "As long as it's not kugel, the wife is off my back."
A Chicago pimp, brewer and bribe collector for Johnny Torrio with some serious metabolism problems. Played by Joe Caniano. 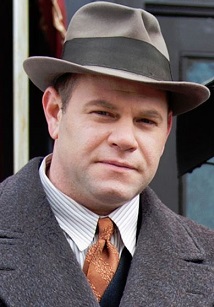 "I usually handle the more executive angle of things."
One of Al Capone's older brothers. Played by Domenick Lombardozzi. 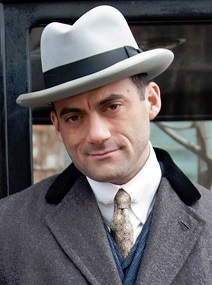 '"Enjoy your work boys, but... leave 'em so they can talk."
Another of Al Capone's brothers. Played by Morgan Spector. 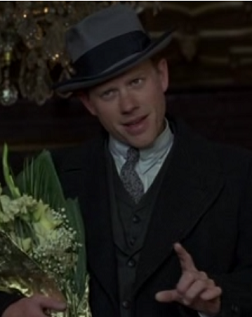 An associate of Dean O'Banion. Played by Will Janowitz. 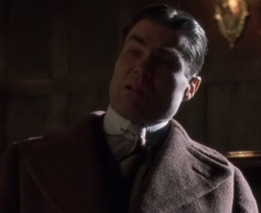 "You New York fellas make me laugh. You come here from Brooklyn or wherever the fuck you are and act like you own the town."
An Irish gangster who comes into conflict with Jimmy Darmody and Al Capone in Chicago. Played by Frank Shattuck. 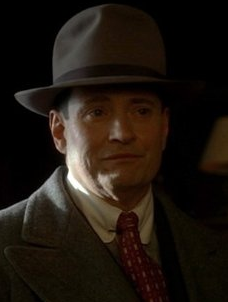 "Jesus... You are like a fuckin' angel!"
One of Charlie Sheridan's goons, responsible for Pearl's mutilation. Played by Sean Weil.