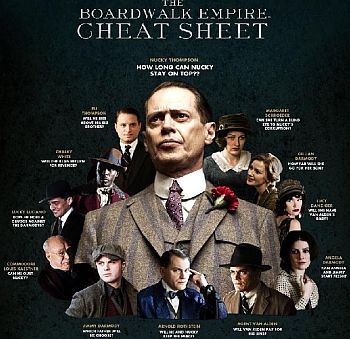 And that's only the main characters in the first season... in the East Coast.
Advertisement:

This page links to the subpages containing descriptions and tropes associated with prominent recurring cast members from the show with Loads and Loads of Characters that is Boardwalk Empire.

Beware of uncovered spoilers, only spoilers from the fourth and fifth season are meant to be blacked out.