Video Game / The Legend of Heroes: Hajimari no Kiseki 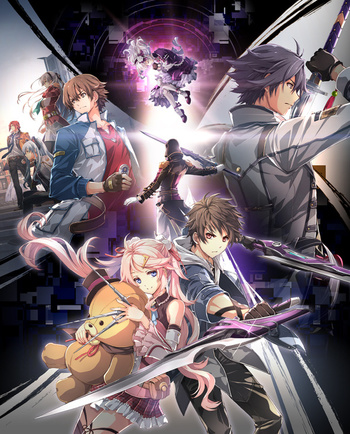 WARNING: Due to the Trails Series being a Long Runner, this page assumes that you have played Trails of Cold Steel IV. The page will be filled with unmarked spoilers from the previous games so be careful of Late Arrival Spoilers ahead.

The Legend of Heroes: Hajimari no Kiseki is the tenth game of Falcom's long running series in the Trails Series, taking place five months after the end of the Erebonia arc.

An update was announced

on September 17, 2020, revealing more Episodes, characters and levels in the True Reverie Corridor to be added, along with a raised level cap from 180 to 250. It was released on October 1, 2020.

The game was released in Japan, China, and South Korea on August 27, 2020 for the PlayStation 4. Versions for the Nintendo Switch and PC will come out in Summer 2021 for the same regions, courtesy of Clouded Leopard Entertainment.

The Legend of Heroes: Hajimari no Kiseki provides examples of: