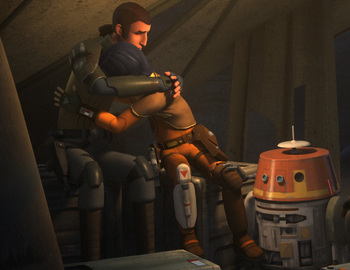 All spoilers in their respective seasons are untagged. Browse through at your own caution.

"Rise of the Old Masters"

"Path of the Jedi"

"Fire Across the Galaxy"

"Relics of the Old Republic"

"Always Two There Are"

"Brothers of the Broken Horn"

"A Princess on Lothal"

"The Protector of Concord Dawn"

"Legends of the Lasat"

"The Mystery of Chopper Base"

"Twilight of the Apprentice"

"In The Name Of The Rebellion"

"Wolves and a Door"

"A World Between Worlds"