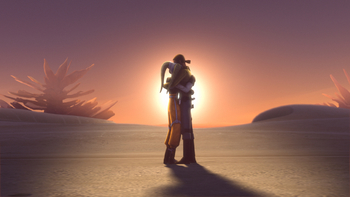 Spoilers in their respective seasons bar the finales are untagged. Browse through at your own caution.
Advertisement:
open/close all folders
General

EntanglementIn this short, Zeb defeats a squad of stormtroopers simply because they were hassling a fruit vendor. He also refuses the vendors rewards of credits, in place of one of the fruits.

The Siege Of Lothal

Mystery of Chopper Base

Wolves and a Door