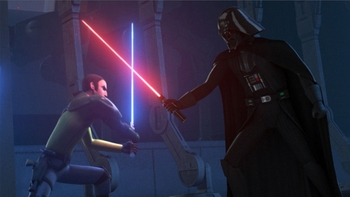 All paths are coming together.
Advertisement:

WARNING: Per wiki policy, all spoilers are unmarked on Awesome Moments pages.

The Siege of Lothal

The Holocrons of Fate

Wolves And A Door