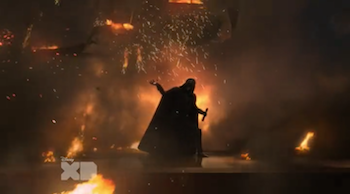 Darth Vader — an unstoppable killer even when just toying with a pair of Jedi.
"There are some things far more frightening than death."
— The Grand Inquisitor

Disney may be running the show now, but that hasn't made this galaxy any less scary.

"Rise of the Old Masters"

"Path of the Jedi"

"Fire Across the Galaxy"

"Twilight of the Apprentice"

"The Holocrons of Fate"

"Trials of the Darksaber"

"Wolves and A Door"

"A World Between Worlds"