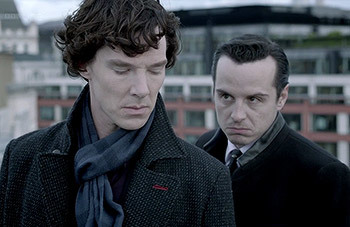 John Watson has returned to his therapist's office for the first time in eighteen months. Why? Because his best friend, Sherlock Holmes, is dead.

Only three months earlier, Sherlock had been catapulted to even greater heights of fame thanks to his recovery of a famous painting of the Reichenbach Falls, amongst other big-note cases. How did the Reichenbach Hero fall so far? The answer is wrapped up in the simultaneous break-ins at the Tower of London, the Bank of England and Pentonville Prison, along with a budding journalist, a high-profile trial, international assassins, fairy tales, the mysterious Richard Brook, and the "final problem" of Jim Moriarty...