Spoilers, all unmarked, are present throughout the subpages. Read at your own risk. 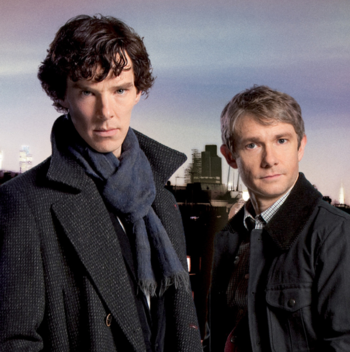 "The game, Mrs. Hudson, is on!"
"I’m not a psychopath, Anderson. I’m a high-functioning sociopath. Do your research."
— Sherlock

Wounded army doctor John Watson becomes roommates and unlikely friends with consulting detective Sherlock Holmes, an extremely intelligent but extremely insufferable sleuth. However the duo's adventures attract the attention of a particularly unhinged "fan", who is very much alike to Sherlock in terms of intelligence — Jim Moriarty. 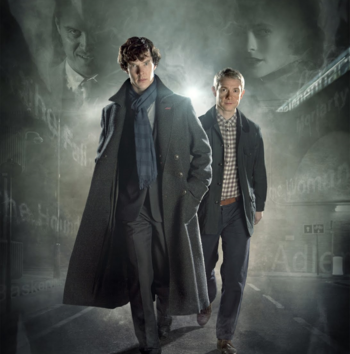 "This is your heart... and you should never let it rule your head."
"Every fairy tale needs a good old-fashioned villain."
— Moriarty

John's blogging about Sherlock's adventurers have made the latter a household name and a very reluctant public figure. Unfortunately Sherlock's arrogance has grown as well — and Moriarty knows just how to use it to his advantage, which will force Sherlock into doing the unexpected... 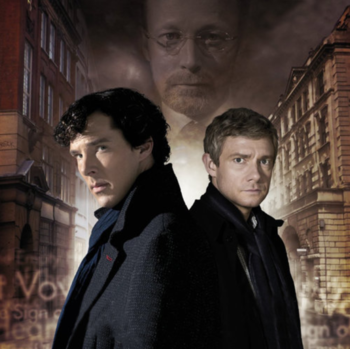 "The game is never over, John."
"I believe in Sherlock Holmes."
— Anderson

Two years after his "death" and disgrace, Sherlock returns, with his reputation restored by the press. He fully expects to resume his exploits with John Watson, but John has become engaged to a woman, Mary Morstan, and is less then understanding to find that his best friend lied to him for two years. And an international media magnate's considerable influence gets unwanted attention from both Her Majesty's Government and Sherlock himself. 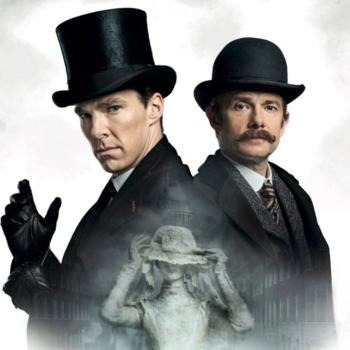 "But then I've always known that I was a man out of his time."
"You may, however, rest assured there are no ghosts in this world... save those we make for ourselves."
— Sherlock

At the height of the British Empire, the Second Afghan War has John Watson invalided home. A chance meeting with an old friend ends with him becoming the friend and roommate of London's best consulting detective — Mr. Sherlock Holmes. Several years into their partnership, a seemingly impossible crime threatens to bring back ghosts Holmes would prefer remained dead. 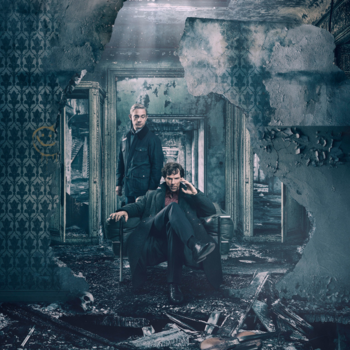 "The roads we walked have demons beneath. And yours have been waiting for a very long time."
Mycroft: This is a private matter.
Sherlock: John stays.
Mycroft: This is family!
Sherlock: THAT'S. WHY. HE STAYS.
— "The Final Problem"

An old foe has come back from the dead, having Sherlock on edge and determined to beat any plan that will be thrown at him or his friends. Meanwhile, John and Mary are blessed with a baby girl, but John is torn between his personal life, or Sherlock's, with this struggle coming to a head, and having the power to tear apart John and Sherlock's friendship. And an old, particular security risk thought quelled by Mycroft resurfaces, who will stop at nothing to create the greatest miseries Sherlock will ever bear. It's not a game anymore...