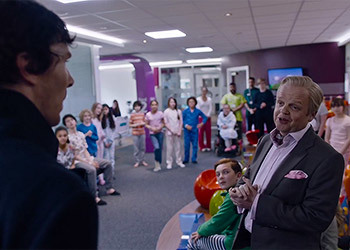 As Sherlock attempts to comfort John Watson after his wife's death, entrepreneur and apparent philanthropist Culverton Smith (Toby Jones) tests a new drug on daughter Faith and his employees to make them forget his confession that he is planning to commit murder. Faith has a partial memory and approaches Sherlock to identify a likely victim but her disappearance, and his descent into drug-taking, lands him in Smith's hospital and at his mercy. However, Sherlock is not as helpless as he appears and has his own way of trapping Smith though the final shock is reserved to Watson as his therapist springs a terrible surprise on him.