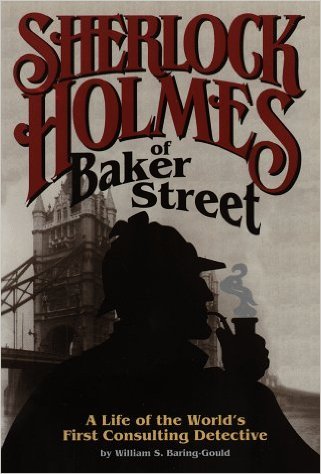 Sherlock Holmes of Baker Street: A Life of the World's First Consulting Detective is a 1962 "biography" about Sherlock Holmes by William S. Baring-Gould, a Holmes scholar whose annotated edition of the canon is still highly respected by Sherlockians today.

Baring-Gould's biography is responsible for several examples of Word of Dante in Sherlockian circles: amongst them that there was another older brother called Sherrinford Holmes who looked after the Holmes estate, Mycroft was the head of the Secret Service, Holmes was in a touring theatrical troupe in America, and he lived to a ripe old age thanks to the Royal Jelly he collected from his Sussex bees.