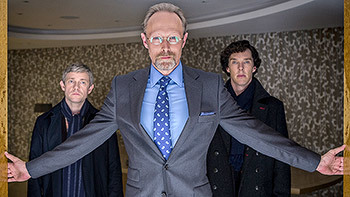 "I've dealt with murders, psychopaths, terrorists, serial killers. None of them can turn my stomach like Charles Augustus Magnussen."
— Sherlock Holmes
Advertisement:

A case of stolen letters leads Sherlock Holmes into a long conflict with Charles Augustus Magnussen, the Napoleon of blackmail, and the one man he truly hates. But how do you tackle a foe who knows the personal weakness of every person of importance in the Western world?