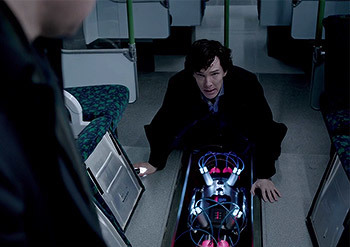 After a two year absence, Sherlock returns to London at his brother Mycroft's request. There has been much speculation since his "death" with many having always believed he was alive and well. While many rejoice, one who doesn't take his return well is John Watson who, after grieving the loss of his friend, moved on with his life both professionally and personally. He's upset that his friend didn't trust him enough to tell him just what he was doing. He's also engaged to Mary Morstan. While he tries to get his old friend onside, Sherlock also has to deal with the main reason Mycroft wanted him back: they have credible evidence that there is to be a major terrorist attack in London.