Sherlock is a high-functioning sociopath. But that doesn't mean that he has no heart.

A Study in Pink 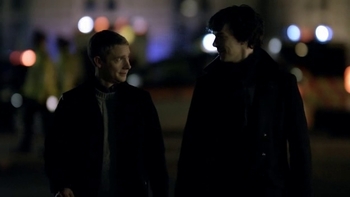 The start of one of the most iconic friendships in fiction.
Advertisement:
The Blind Banker
The Great Game

A Scandal in Belgravia
The Hounds of Baskerville
Advertisement:
The Reichenbach Fall

Many Happy Returns
The Empty Hearse
The Sign of Three
General

The Six Thatchers
The Lying Detective 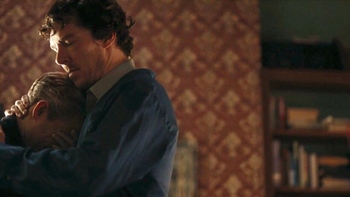 "It is what it is."
The Final Problem

"The best and wisest men I have ever known. My Baker Street Boys; Sherlock Holmes and Doctor Watson."