Literature / Trash of the Count's Family 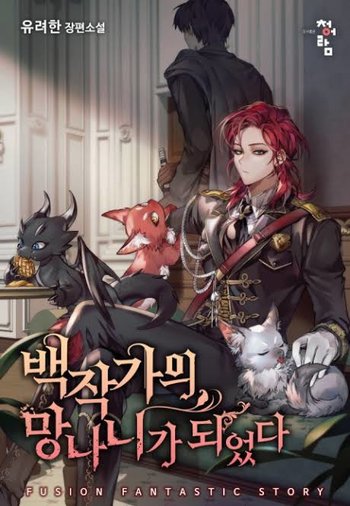 "I feel like something serious has happened to me. But it was worth trying to make this my new life."
—Cale's Narration, Prologue
Advertisement:

Kim Rok Soo has just started reading The Birth of a Hero, a fantasy series about a Korean teenager named Choi Han who gets transported to a fantasy world of magic, monsters, elves, and dragons that's about to be thrown into chaos through a war. He gets 5 volumes in before he falls asleep... and when he wakes up, finds that he's been transported into the world during the time of the first novel.

He's also been reincarnated into the body of a minor antagonist from the first novel, Cale, who is known as the trash of the count's family because of his tendency to get drunk and hurl bottles at anyone nearby, as well as treating those of lower status like they aren't people. And he's just days away from when this character is beaten to a bloody pulp by Choi Han. This meeting starts Choi Han's journey to heroism, but Kim Rok Soo-as-Cale understandably doesn't want to get hurt.

Our new Cale, who didn't have much in Korea, has decided to take advantage of his new position. He'll use his reputation as a piece of trash to do whatever he wants, use his knowledge of the plot keep himself from getting beat up by Choi Han while pointing Choi Han in the right direction to start his journey, then save a bunch of money and get himself protection so he can live an easy life out of the way of the war that's about to start. Unfortunately, just by not getting beat up he's already changed the plot enough that he gets deeply involved. And since he only had knowledge up through the first 5 volumes of the series, there are a lot of dangers he still doesn't know about...

Trash of the Count's Family (백작가의 망나니가 되었다) is a Korean isekai series by Yoo Ryeo Han in the Action, Comedy, and Fantasy genres. It is published in on Munpia

with an English translation available on Wuxiaworld

. A webtoon adaptation began on September 1st 2020, and has been localized on Tappytoon

with the title Lout of Count's Family.