Literature / The Flaw In All Magic 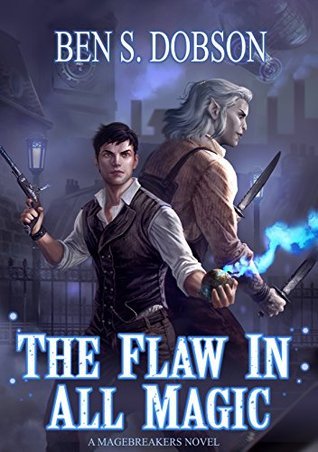 Tane Carver is a man without magic in a country built on it. In order to prove a point, he pretended to be a mage and enrolled in the most prestigious magical academy in the land, then wrote his thesis on how he did it. He was expelled despite his achievements.

Years later, when Tane is penniless, there is a murder at his old school. He is called in the examine the scene in an attempt to discover who could have killed someone in one of the most secure locations in the world. Along the way, he meets Kadka, a half-orc guard who Tane gets fired, and who then insists that she is his partner whether he likes it or not.

What initially appears to be a relatively simple murder quickly turns into a conspiracy of mages and technology, and Tane is caught between different factions, all of which want his head.

The Flaw in All Magic is the first book in the Magebreakers series by Ben S. Dobson.