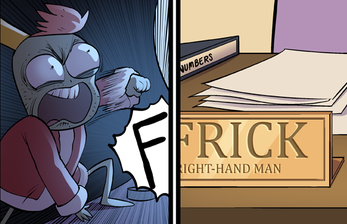 The cut was made to make the trailer age-safe. It's not cut in the actual film, which has a PG rating.

This might also be seen as a bit of Lampshade Hanging as the movie had unusually brief scenes.