Fanfic / The End of All Things 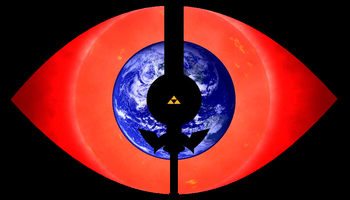 How am I supposed to save everyone if I can't even save myself?
In an age of myth, at a time of legend, one unremarkable young man is pushed into an epic adventure of destiny and discovery. Guided by a mystical imp, this man must journey to save Hyrule from the End of All Things... Himself.
— The story summary.
Advertisement:

is a Self-Insert Fan Fic set in The Legend of Zelda universe, specifically the time of Twilight Princess. The Golden Goddesses of Hyrule have chosen a human from Earth, Zach, to go on an incredible adventure for the sake of their realm... except that he and Midna can barely tolerate each other thanks to one being a spoiled princess and the other a sarcastic and bitter Jerkass, Zach's knowledge of the game is turned on its head when the outcome turns out unexpectedly realistic, and his future self is evidently the reason they needed outside help in the first place.

As with most Self-Inserts, the story serves to lampshade and question most of the conventions in the original game. At the same time, it also expands and adds its own lore to the mythos, such as weapons, items, dungeons, bosses, and additional characters. Due to it taking place in January of 2013, A Link Between Worlds, Hyrule Warriors, and Breath Of The Wild are not mentioned though certain elements and characters will be featured.

This is the first in a planned series of four stories that would cross over three other video game franchises: God of War, Dead Space, and Halo. The above policy regarding new titles also applies to God of War (PS4) and Halo 5: Guardians.

The End of All Things contains examples of: