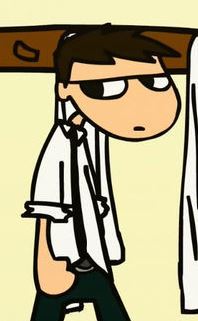 Bullshit, freaking bullshit!
The main character and Ral's older brother. He's a foul-mouthed Deadpan Snarker who often has harsh words for the schemes, thoughts, and actions of everyone around him. He gets increasingly Flanderized in this role as the series progresses, though.

He originally appeared in the Raltoon web animation, being Ral's snarky brother who had a part-time job as a janitor. However, he became a Breakout Character and got his own series. After getting a job as a salaryman in a maquila factory

and moves to the DC, but soon finds the pros and cons of living in a populated city. 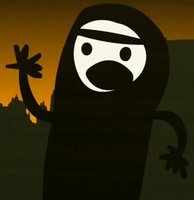 AAARGH! I HATE YOU ALL!

An Ax-Crazy black blob-like creature who speaks in loud screams, gets angry for little reason and loves shooting people randomly. For some reason, he has an Irrational Hatred towards Negas. It’s revealed that he’s an avatar manifestation of Negas' negative emotions. 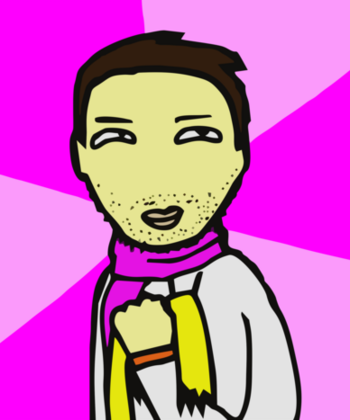 Negas's coworker at the maquila company, who's a flamboyant homosexual. Checker is the one assigned to correct the reports at the company and he's a shameless pervert who acts lecherous towards his coworkers and boss.

The boss of the maquila company. He is dumb, sometimes descending to ditz levels, and utterly sociopathic. Has the ability to appear everywhere, combined with an "aururururu" sound. 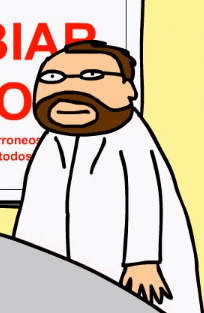 An easygoing Occidental Otaku who loves watching anime and making references no one understands. While very friendly and nice, Negas hates him because he's a Professional Buttkisser towards their boss Paulo. 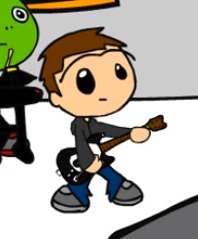 Negas's younger brother. A cheerful schoolboy who goes into non-sensical adventures with his best friends Keto and Ranito. He was the original main character of the RAL Toons videos, until Negas proved to be a Ensemble Dark Horse, leaving Ral Out of Focus until he stopped appearing.

One of Ral's best friends. A bratty kid with a mean streak, he's also an otaku with Nazi ideas.

A shy frog humanoid, who's one of Ral's best friends. 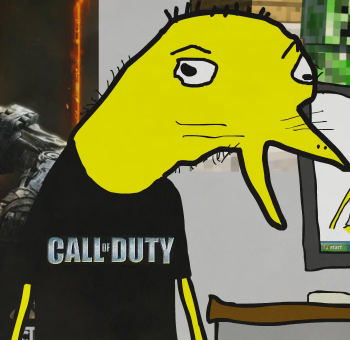 Real name Rodolfo Gonzalez, Niño Ratta is 13-year-old boy who adores playing Minecraft, watching gamer bloggers and doing lame memes on the Internet. Basically an average boy. He declares himself to be the best gamer and hacker ever. Far from the truth, however, he is actually a geek who sucks at everything he does. 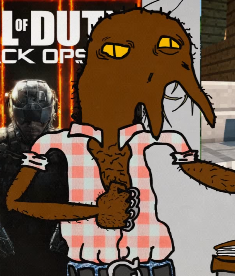 What the hell are you doing now, bitch?!

Niño Ratta's stepfather. A violent and alcholic man who is always full of debts, has an unhealthy obsession with drinking Jack Daniels (the aforementioned "Yakelino") and really hates children. Especially the loud and obnoxious Niño Ratta. 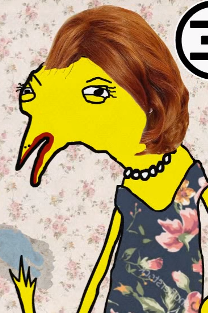 Niño Ratta's mother. A bumbling mother who spoils her son, but she is actually a disturbed woman who is always contemplating on commiting suicide and gets wasted on detergent. 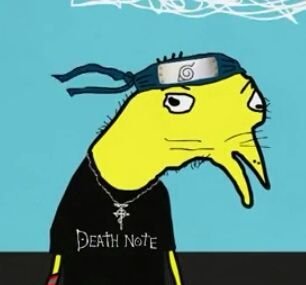