Death and Twists are the core nature of this work, so please beware of the minefield of spoilers below (marked and unmarked), even Trope Titles are spoiler magnets.

Feel free to help with additions and fixing the blurbs. 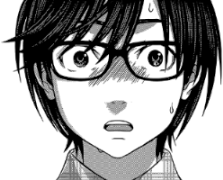 The male lead of the series, an unassuming teenager whose only pastime and activity is being the Cameraman for the school’s Film Research Club. One day he is asked out by one of his school’s most famous beauties to film her for 48 hours non-stop. Her request ends up being quite literal as she has him follow her home, even filming her using the bathroom and sleeping. This eventually leads to him filming a murder enacted by the hands of that same beauty. But rather than experiencing terror, he finds he actually enjoyed filming it; discovering a sense of beauty in her acts of violence that he just can't seem to find anywhere else. The boy must come to grips with what he really wants to film... and that he isn’t such a normal person after all.
Mashiro Mai 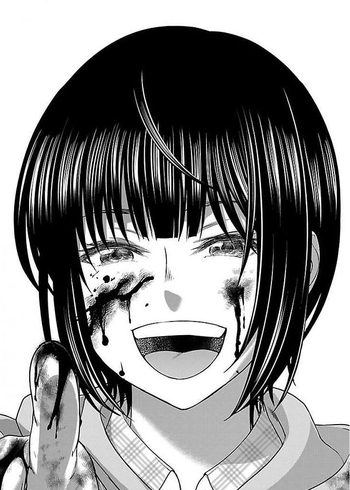 The female lead of the series, a super popular beauty who is part of the Swimming Club and an all around cheerful person. One day she approaches Machiya, the cameraman from the Film Research Club, asking him to film her for 48 hours non-stop, putting to film every action she takes in that time period. And she means every action: from sleeping to peeing, going on a date to having sex with said date, even up to gleefully murdering the guy. Mashiro is hooked on a website called DEAD Tube and she wants Machiya to be her filming partner.

Machiya’s kouhai and actress for the Film Research Club, Mizuno is a shy and composed girl that dreams of being star one day. She can assume her roles well and becomes a completely different person while on camera. She seems to have a degree of infatuation for Machiya, getting visibly shaken when Mashiro became close to him.

In truth Mizuno is someone who only cares for her acting and the money she can get for it, openly accepting the perversions enacted by the Film Research Club for the money and fame DEAD Tube could bring, even willing to be 'raped' by three fellow members in order to instigate Machiya into acting for her sake. She too secretly mocked him behind his back, thinking Machiya was just a sheep.

Not long after the Film Research Club massacre, it is revealed Machiya spared her just so she could be of use to him in future DEAD Tube activities. 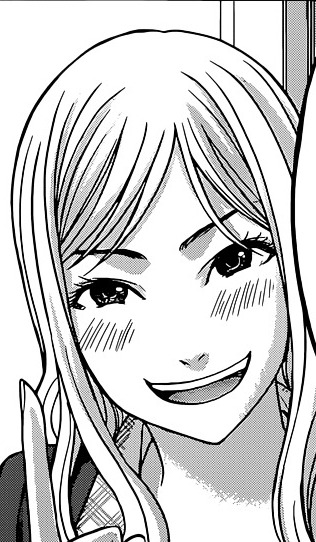 A classmate of Machiya who appears to be quite vain, seeing DEAD Tube as quick way to make money to pay off loans she used to buy jewelry, clothes and anything she fancies. Miwa takes up bullying their new teacher to film her own video, which manages to score top views initially. However, she quickly finds out DEAD Tube is filled with strong competitors who will try to one up eachother in any way possible. Becoming desperate after finding out that the losers will be held accountable for DEAD Tube’s expenses in hosting that video and for any felony the user has committed in producing that video, Miwa begs Machiya for help after previously disregarding his warnings. She later joins the (new) Film Research Club out of gratitude and for safety as much as anything else. 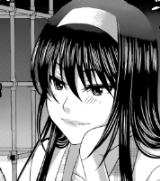 President and Director of the Film Research Club, a dignified young woman whom Machiya deeply respects, she saved him from being picked on by bullies and gave the boy a place in her Club by becoming their Cameraman; Oushima becomes appointed as a target for DEAD Tube, Machiya quickly goes to her aid and tries to prevent her death.

However things weren’t as they seemed to be, Oushima reveals herself to be someone obsessed with making the perfect picture, for her it was a tale of a boy who foolishly became attached and in love with an upper class girl, that girl would nourish that false perception to one day have that boy killed after being emotionally destroyed when he finds out the truth, Machiya and herself are the leads in her film.

Transfer Teacher who takes up Machiya’s class, she is a sweet woman who tries her best to be friendly with her students and immediately starts to do so in her new class, another immediate thing is her appointment as target for DEAD Tube; Machiya witnessed how much of a good person Betsuki is and feels compelled to warm her of these events, for his surprise Betsuki is well aware of what DEAD Tube is and that she will put up anything her beloved students make her go through, trusting there is good in their hearts.

Betsuki’s past is revealed to be a case of a Teacher and Student affair, she fell deeply in love with a student who convinced her to follow a serious and sexually intimate relationship; in the truth the student used Betsuki as gateway for him and his friends to have sex, the school board found out and she was fired; however Betsuki became twisted after she was offered with keeping her career as a teacher if she participated on DEAD Tube, creating a perfect image of her beloved student, projecting in anyone she has sex with, if they fail to please her she will kill them, like she originally did with all the guys her boyfriend shared her with. 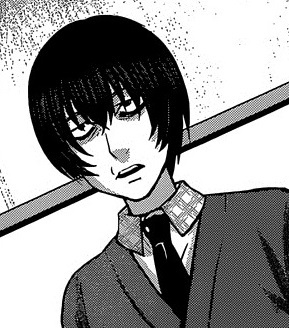 A student who plans to kill himself as part of a DEAD Tube game. He expresses his complete and utter disconnection with being alive and sees DEAD Tube’s suicide videos streak as a way to finally be done with his life. He is brought by Mashiro to the Film Research Club in order to ask Machiya to plan and film his suicide. 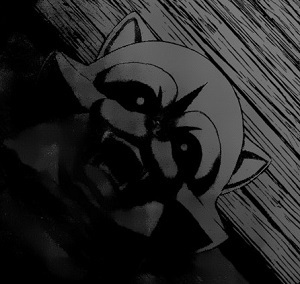 A serial killer left loose on a deserted island for part of the fifth DEAD Tube game. He is also the "target" of the game.

The identity of the Crazy Rascal is assumed by three people, although only one is the real Rascal.

Mai assumes the role of the killer once she catches Miwa and Machiya in bed, feeling betrayed she disappears for much of the arc, while in truth it was planned all along by Machiya and Mai for her to act in the shadows, still Mai didn’t kill anyone as the Crazy Rascal, just giving some scares while assuming the role.

The most active Crazy Rascal is Nishijima Hideo’s twin brother, he reveals himself to be a hardcore fan of horror films, making this DEAD Tube game his playground to enact his horror film fantasies, Nishijima dwells on the fact he always was the more talented twin but hated the fact his brother didn’t put any effort in anything, being average wasn’t the problem, it was being a leech that never tried anything was what pissed Nishijima off, it reached the point where his brother took loans from Loan Sharks using Nishijima’s identity, Nishijima killed many during the game, including his twin brother at the very beginning.

The arc ends with a twist however, the real Crazy Rascal wasn’t someone in a cartoony rascal costume, “Rascal” simply meant someone mischievous and bratty, it was the mysterious little girl all along who seemly fell for her death with Nishijima, Machiya and the others wonder who she killed during the game and if she truly died. 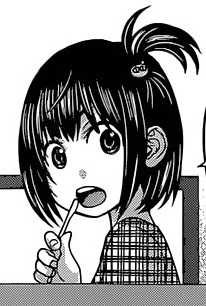 Machiya Tomohiro's little 14 year-old sister. Pulled into Dead Tube by her teacher, a crazed fan of her brother's, and made to kill their father before being held captive in her school. Brutally tortured, then killed by the DEAD Tubers hired by said teacher.
George L.
Matsumura "Ma-Chan" Kaoru 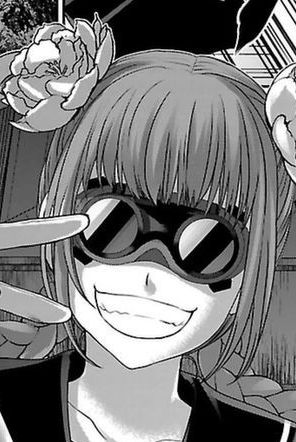 Another member of Team Kirenza, the Pro DEAD Tuber group brought in by George L to enforce his rules and kill anyone who dissents. They're also vying to collect the prize money for the "Break Kana" clip contest.
G. Sakakibara 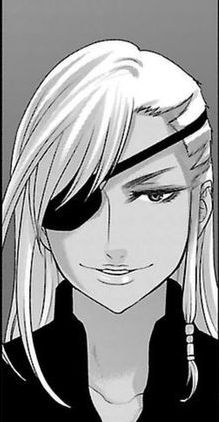 Another member of Team Kirenza; she is the group's hand-to-hand combat expert.
Ms. Balus 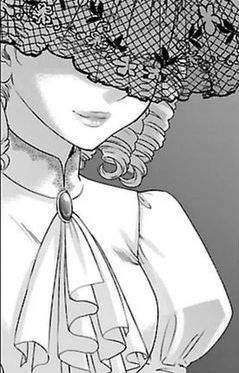 The last member of Team Kirenza; she serves as the group's long range / firearms specialist.
Kaneko Gin
A middle-school delinquent who's in love with Kana and refuses to leave the DEAD Tube game until she's safe. 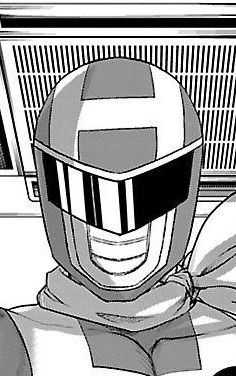 A young man who deeply believes in the concept of "justice". His face was disfigured by a fire at the shrine he and his sister lived at as children. To cover it up, he constantly wears a Sentai hero mask. His sister convinces him to "become the mask", taking up the persona of "Justice Man" to punish criminals and other evil doers (real or perceived). With the help of Ma-chan (who survived her previous encounter with Mashiro), they create the "Justice" DEAD Tube channel as part of the sixth DEAD Tube game.
Arimura Ten 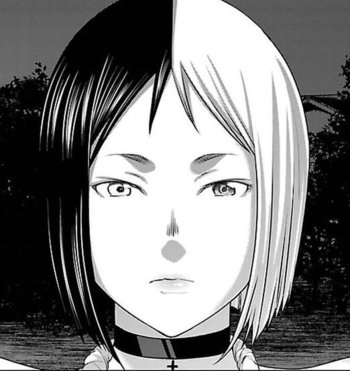 Diligent Manager
A middle-aged man who happens to be the Number One content creator on DEAD Tube. His videos are basically trashy gossip shows with none of the sex or violence in every other Dead Tube video, but he always gives away all the money he makes on them to his viewers.