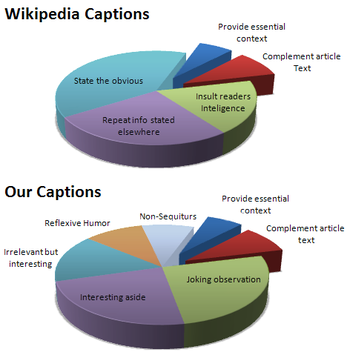 Highly informative.
TFWiki.net as a whole is a treasure trove of snark and Meta Humor. No entry is entirely without humor and some are genuinely hilarious, even when the subject matter may be played entirely straight.

Hello, pretty bird. GIVE ME YOUR FACE.