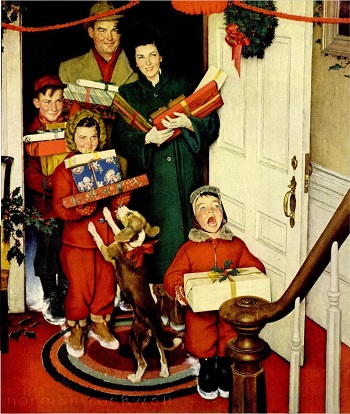 Try giving them some figgy pudding. Maybe they'll go away.
"The boys of the NYPD choir,
Still singin' 'Galway Bay',
And the bells are ringing out,
For Christmas Day!"
—The Pogues, "Fairytale of New York"

The United States of America has many colorful, distinctive Christmas traditions that frequently appear in media. Compare and contrast with A Very British Christmas, Christmas in Australia and Christmas in Japan. See also American Holidays.