The story is about humans and animals battling for peace in the Hidden Kingdom. The main characters, First Squad, are led by an organization called Big Green. The story was inspired by the 14th century Chinese novel, Water Margin, although in the style of a children's show. 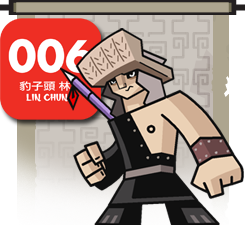 Lin Chung is known by some as the most accomplished, most skilled warrior in all of Big Green. He possesses the legendary Panther Vision, which allows him to see great distances, or to see the world in slow motion while he moves with terrific speed. He wields a staff and occasionally shoots the tips of bamboo out at enemies. He is also somewhat obsessed with drawing, sometimes dropping out of battles just to draw when he finds inspiration, and he can't take criticism. 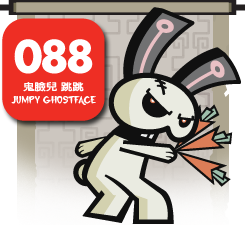 Jumpy Ghostface is the king of the rabbits. He is a talented, straight-ahead fighter who dives head first into dangerous battles without flinching an ear. He joined Big Green after being defeated in a jump rope battle. His weapon of choice is a jump rope. He also uses carrots as weapons, either throwing them like shurikens or biting off the top and tossing them like grenades. He also has a habit of daydreaming, even in the heat of battle. Whenever someone looks into Jumpy's eyes when he's daydreaming, they end up in his daydream. He also has a habit of being soft around insects. 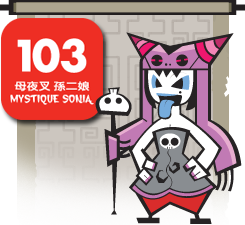 Mystique Sonia is a tough, seasoned warrior, but also a stereotypical girl. Her attack involves attacking and spinning her long tongue around to perform gusts of wind. She also has the seeds that she can spit on and grow into plants with cooked buns instead of flowers. Since she is cursed with a spell, anyone who tells her they love her three times in a row turns into a Yaksha as seen in "Liger Castle" and "Peacock Castle."

Her companion, Yaksha, is a purple and pink, non-speaking creature which rests upon Mystique Sonia's head like a hat. A Yaksha is created when anybody tells Mystique Sonia that they love her three times in a row, and only as long as they are in love. It is also extremely flexible and stretchy, being shown to turn into a ball, a purse, a dress, a trampoline, a fan, and even extend its arms. It also occasionally sits on Mighty Ray's head whenever Mystique Sonia's incapacitated or when she's mad at him. It's almost completely different than the Yaksha in Hindu, Jain, and Buddhist mythology. 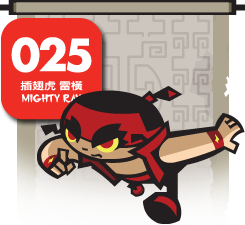 Mighty Ray is the burly force of First Squad. He has the power to shoot bolts of powerful energy from his eyeballs. To re-charge his eyeballs, Mighty Ray must eat bananas, which he dislikes. His eyeballs are also removable. He likes to perform comedy acts under the name Mr. Comedy, even though these acts make everyone else want to gag as well. Even though his energy bolts are his main attack, he is quite formidable at close range with his bare hands. He is intensely jealous of Lin Chung being praised as the finest warrior in First Squad and jumps at chances to one-up him. 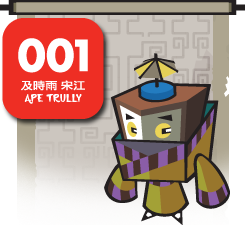 Commander ApeTrully is the eccentric, well-meaning leader of Big Green. Commander ApeTrully formed Big Green in hopes of restoring friendship between animals and humans. He is revealed to be the king of the monkeys (the 33rd monkey king) in disguise as he was the first to see through High Roller's lies. 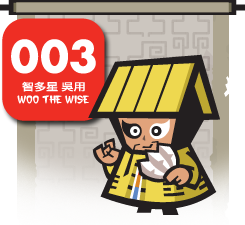 Woo the Wise is an inventor who was the first person that was convinced to join Big Green. At some points, his robe tends to rise up. He wears a fake mustache to make himself look older. In a flashback, he was a former classmate of High Roller. In "Pitched Battle of the Air Force," Woo the Wise invented a special crystal that can reassemble three animals into one creature which he did when he merged two Hens, Snake King, Crocodile King, and Deer King into a Chimeric Dragon to fight High Roller's fake Black Dragon. 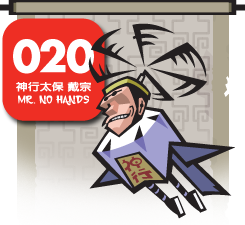 Mr. No Hands is the military leader of Big Green's First Squad. The tassel of his hat spins like a helicopter allowing him to fly. He keeps himself in a stockade because he can’t stop tickling himself, hence the name.

Leader of the rival Second Squad, who takes the appearance of a Japanese oni, Club and all. She's desperate to prove her squad is superior to First Squad.

A Kung Fu practitioner who acts as Alpha Girl's second-in-command. 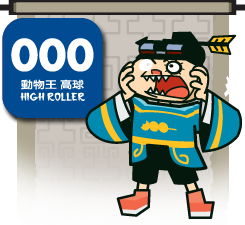 The primary antagonist of the first season. As the new Emperor of the East Citadel, High Roller gets to do whatever he wants and what he typically wants to do is attack humans (or get animals to attack humans for him), eat candy, read comic books, and play games. A flashback revealed that he was a classmate of Woo the Wise. 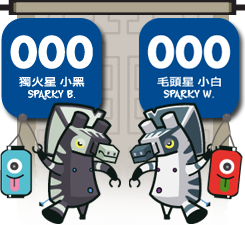 Two zebra twins that serve High Roller. Sparky Black is a black zebra with white stripes and Sparky White is a white zebra with black stripes. In almost all episodes, they are usually the ones who incite the animals to oppress the humans. In most cases, they stay out of fights between First Squad and the animals. However, once a month when the moon is full, they use their most powerful weapons called the Ghost Lanterns. The Ghost Lanterns are paper lanterns on sticks that gives the Zebra Brothers supernatural powers ranging from merging together to form a giant version of themselves, creating an army of zebra clones, create zebra-type mosquitoes, or getting their victims to face their biggest fears.

The Bear King and The Dragon of High Roller, Bearstomp was mainly just in background at first, but he gained more appearances. While the Zebras are the ones who do field work, Bearstomp acts as an immediate bodyguard.

An ancient evil entity that takes the form of an energy colossus with a red and blue side. He (or rather, They) wish to spread chaos in any form by transforming wildlife and causing disasters.