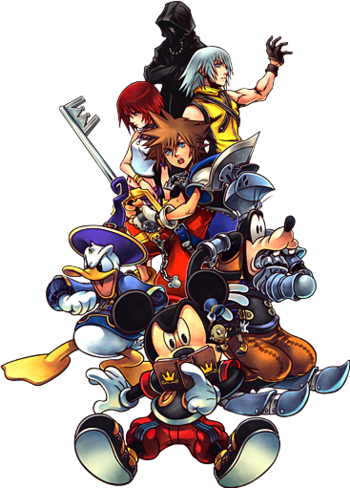 Their hurting will be mended when you return to end it.
Advertisement:

Like Kingdom Hearts: 358/2 Days before it, coded received HD cutscenes for the Compilation Rerelease Kingdom Hearts HD 2.5 ReMIX. Gameplay is not available, but cutscenes are rendered for scenes in the Disney world, as well as a new secret ending. The version included is the Re:coded version. A novelization was released in 2019.