Join us or feed us. 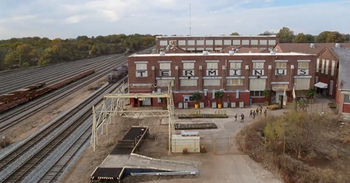 A former sanctuary for survivors that advertised its existence, the inhabitants of Terminus became cold-blooded killers and cannibals after being brutalized by a group of survivors who followed the signs to Terminus. Now led by Gareth, Terminus traps, loots, kills, and eats anybody unlucky enough to fall into their clutches, recruiting strong survivors after feeding them with human flesh and then giving them the choice of joining them or becoming the next meal.

Everything changes when they capture the majority of Rick's group, who have come seeking sanctuary after the fall of the prison. When they are to become Terminus' next meal, Carol arrives and mounts a deadly one-woman assault on the compound, using a herd that devours many of the residents. The survivors, now dubbed the Hunters, then pursue Rick's group to get revenge and also get dinner. Though they manage to capture and partially eat Bob, they only succeed in deeply angering Rick's group. They attack Father Gabriel's church, only to find themselves in a trap and at the mercy of Rick's very angry, very disgusted group. The Hunters are then brutally executed in the church, and in death, serve as a grim reminder of the darkest pit of evil that humanity can sink to. 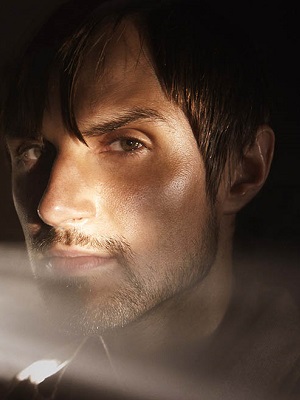 "You're the butcher or you're the cattle."

"At the end of the day, no matter how much we hate all this ugly business... a man's got to eat."

The leader of Terminus who led the uprising against a gang of thugs who conquered the once-benevolent community. Deluding himself into believing he was just doing what he had to do to survive, Gareth and his clan became sociopathic cannibals. This all changes when they select Rick's group for their next meal, however, and Gareth loses both his mother and brother (see below for more on that) to Rick, and soon his entire empire of cannibalism when Carol rescues the group. Livid, Gareth sets out with the survivors of the attack to hunt and eat Rick's group. Though confident that he's smarter and more dangerous than Rick, Gareth is ultimately lured into a trap and butchered just like he intended to do to his victims. 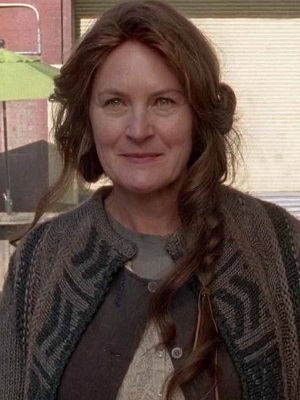 "People came and took this place. And they raped, and they killed. They laughed... over weeks. But we got out, and we fought and we got it back! And we heard the message! You're the butcher... or you're the cattle."

The first resident of Terminus introduced, Mary greets new arrivals to Terminus and holds a position of authority. She is the mother of Gareth, the community's leader, and his brother Alex, and was the victim of repeated rape when Terminus was overthrown by a gang of thugs. Mary and her family heeded the apparent call to devolve into murderers and retook Terminus. Shortly after she loses her son, she herself is killed by Carol during the battle of Terminus. 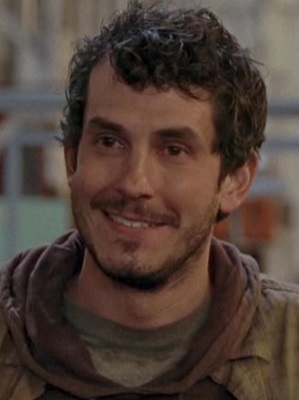 "We were being human beings. What are we now, Gareth?"

A resident of Terminus, and Gareth's brother. He was ordered to be killed by his own brother when Rick took him hostage and ended up being prepared as food for the community.

A resident of Terminus. 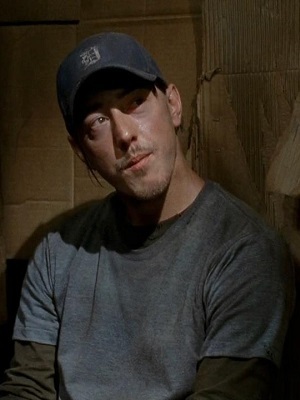 A Terminus resident who lives outside the main compound, manning a small outpost where he shoots off fireworks to distract walkers. He builds a violent enmity with Tyreese even after his death when he's killed by Sasha.

Theresa is one of the Hunters tracking down Rick Grimes and his group of survivors after the fall of Terminus. She takes Michonne's sword but is ultimately killed by its' owner with the butt of a rifle.

Greg is part of Gareth's group tracking down Rick Grimes and his group of survivors after the fall of Terminus.

Mike is one of the Hunters tracking down Rick Grimes and his group of survivors after the fall of Terminus.

Two Terminus residents who serve as butchers for the community, slaughtering their prey like cattle.

A man who once led a group of violent bandits into Terminus, taking over the compound that welcomed them with open arms and torturing and raping their women. However, Gareth and the survivors of Terminus were able to strike back, overwhelming this man's group. While the rest of his group was presumably eaten, he was locked in a train car indefinitely until found by Rick during the battle of Terminus. When Glenn insisted on freeing him, it turned out he had been driven insane and was quickly eaten by a walker.