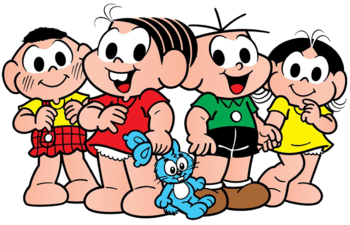 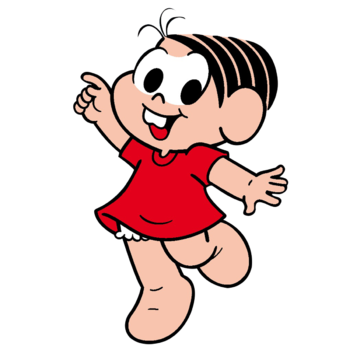 The main character and leader of the gang. Known as Mônica Sousa in Portuguese, Monica has battled with Cebolinha time and again to keep her position as the "ruler of the street". She is very strong, so try not to enrage her or you'll be seeing stars.
Advertisement:
Jimmy Five/Cebolinha 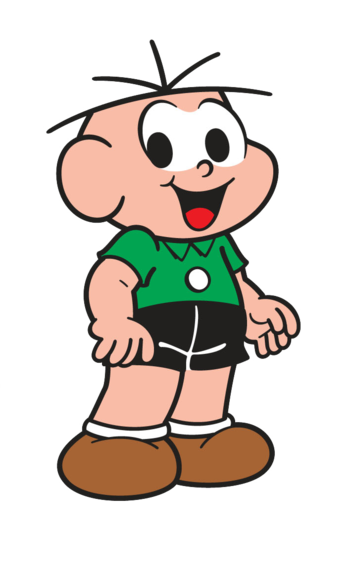 A boy with five strands of hair. Also known by his full name Cebolinha Cebola, "Jimmy Five" can't pronounce the letter "R" (making his speech somewhat odd to those nearby). He's always coming up with different plans to defeat Monica and become the new ruler of the street.
Smudge/Cascão 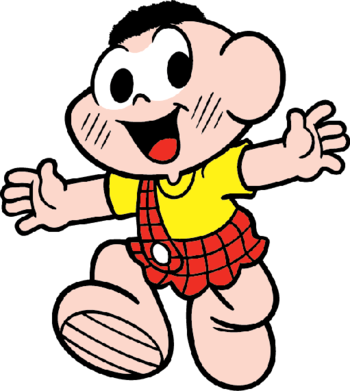 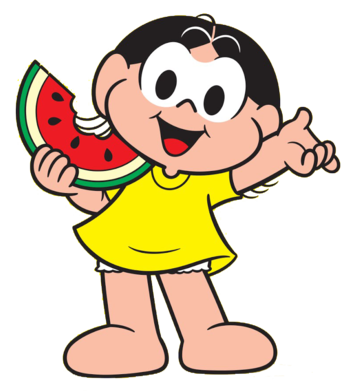 Monica's best friend. Known as Magali de Lima in Portuguese, Maggy is a Big Eater that never gets fat.