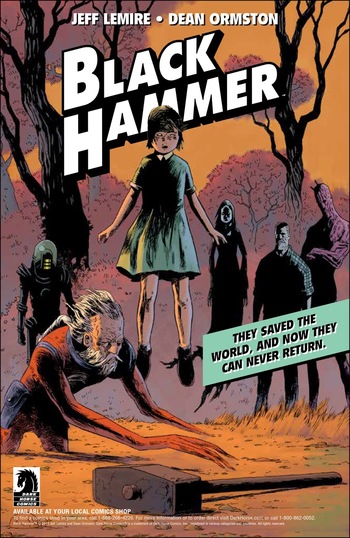 Described by Lemire as his tribute to the superhero comics he grew up reading, Black Hammer follows a group of former superheroes who, upon saving the world from a multiversal crisis, were trapped in a sleepy rural town from which they can't escape. Forced to pose as an average family, the heroes eventually settled into their roles and began functioning as though they were actually related, further complicating things.

In true superhero fashion, Lemire has expanded the scope of Black Hammer to include side stories and tie-ins set within the same world, featuring titles like:

In November 2018, it was announced that Lemire signed an overall development deal with Legendary Pictures, which includes potential television and/or film adaptations of the Black Hammer universe, of which he will be closely involved with.