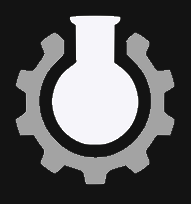 Complex Things Explained
C.G.P. Grey is an Educational Youtuber whose 3rd video, "The Difference between the United Kingdom, Great Britain, and England" went viral in 2011. As of November 2019, he has passed four million subscribers. His videos can be found at https://www.youtube.com/user/CGPGrey

. He also takes part in a podcast alongside Brady Haran called Hello Internet that can be found here: http://www.hellointernet.fm/

He also narrated an animated retelling of The Fable of the Dragon-Tyrant.