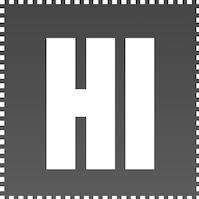 Hello Internet is a podcast created by two educational YouTubers: CGP Grey and Brady Haran of Numberphile fame. It consists of the two friends discussing a range of topics including technology, productivity, flags, life, plane crashes, and just about whatever catches their interest. It originally began as a 10-episode project, but after that, the hosts decided to continue it. After the second season of 10 episodes, they stopped dividing into seasons. Aside from a growing list of recurring topics and running gags, the format has remained consistent since about episode 4. Each episode usually contains an opening followup section and occasionally some sort of theme, though the discussions tend to wander (a lot).

You can listen to the show right here,

, which also has "animated" episodes by both Dovksy (formely) and Hm Boutet (currently).

The podcast has been inactive since Episode 136 was released on 28 February, 2020. On the 18th May, 2020, Brady said on Reddit that the two were simply taking a break, and are still on good terms with one another