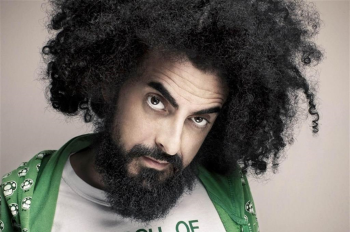 "He was once Mikimix, insignificant singer, from whose self-disgust today's himself was born"
— Caparezza on himself
Advertisement:

He began his musical career in 1995 under the name Mikimix, writing melodic rap/hip hop songs with little success; since 2000 he underwent a total change of appearance and style, rejecting his past and openly mocking it.