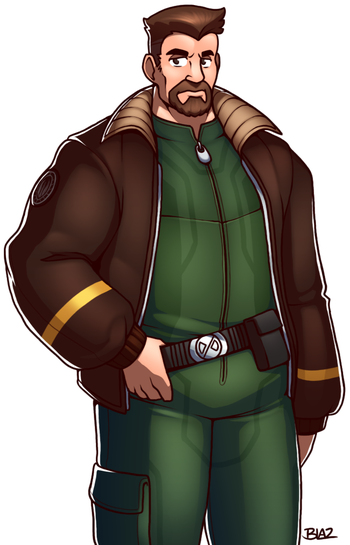 "Anything that can go wrong, will go wrong."
Advertisement:

is a science-centered Mass Effect fanfic written by author TacoWrath

on FF.net. Following a disastrous accident, two top scientists, Sean Michaels and Dan Nemo, are transported to the future, later joined by other scientists of similar skill. Over the years, they develop technology that gradually shifts and changes their world, as forces around them seek their skills for good or ill. As the story and settings shift, so do the characters that join them as Sean and his team reluctantly become central figures of interest in the galaxy.

Started in April, 2015, officially completed in July, 2021. The author has also commissioned multiple pieces of artwork for the story, view-able at the ends of the chapters.