Since this a character page, spoilers will be unmarked. You Have Been Warned. 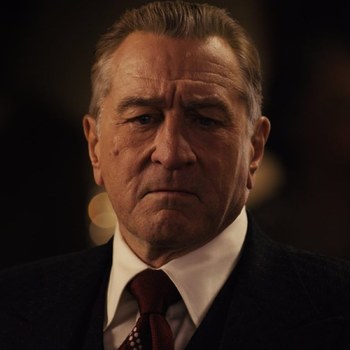 "Sooner or later, everybody put here has a date when he's going to go. That's just the way it is."

"When I was young, I thought house painters painted houses. What did I know? I was a working guy, a business agent for Teamster Local 107 out of South Philly. One of a thousand working stiffs, until I wasn’t no more. And then I started painting houses myself."

The titular protagonist, who works as a contract killer for the mob. He's also Jimmy Hoffa's assassin. 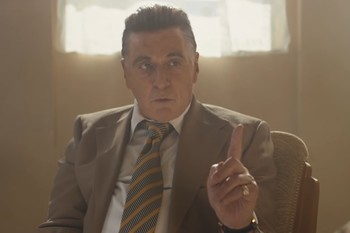 "Well, glad to meet you too, even if it’s over the phone. I heard you paint houses."

"Big business and the government are trying to sow the seeds of dissent among our ranks, at a time when we need unity! We need solidarity!"

The mob-affiliated President of the Teamsters. After being sent to prison, his relationship with the Mafia gradually deteriorates as he attempts to regain control over the Teamsters, butting heads with them in the process, all of which ultimately leads to his assassination. 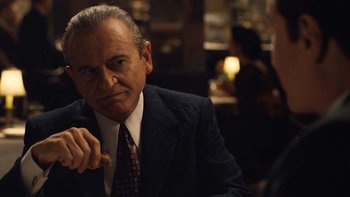 The don of the Bufalino crime family; he takes Frank under his wing and brings him into the mob. 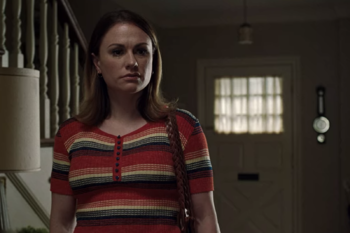 "Why haven't you called Jo?"

Frank's daughter. She is wary of her father and his friends, but idolizes Hoffa. 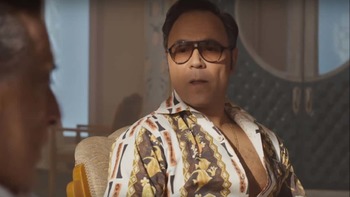 "Don't forget, it was 'you people' that got you where you are."

A brutal New Jersey capo in the Genovese family and the president for Teamsters Local 560. He and Hoffa form a fierce rivalry during the second act of the film, after Hoffa refuses to help get him his Pension Fund back after going to jail, and insulting him. 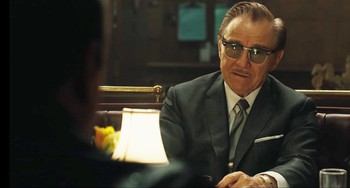 "You don't know how good a friend you got."

The don of the Bruno-Scarfo crime family, based in Philadelphia. As a Philly resident, Frank works for his family. 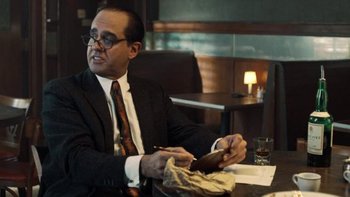 A high-ranking capo in the Philadelphia mob. He employs Frank in a meat-trucking operation, his first task for the Mafia. 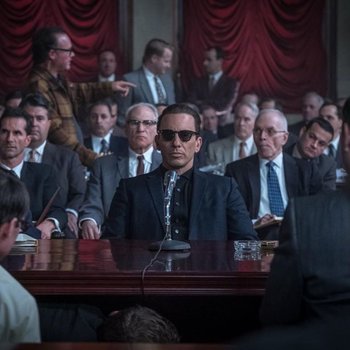 Famed loose-cannon mobster from the Colombo crime family. Frank assassinates him at Umberto's in one of the most high-profile assassinations in mafia history. 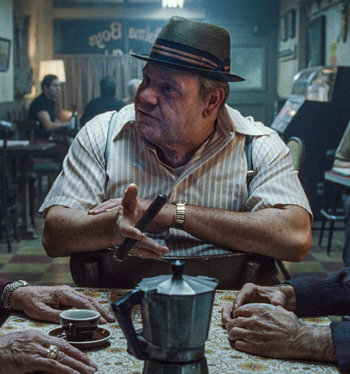 The Underboss of the Genovese crime family. He disapproves of Hoffa's conduct after prison, and is ultimately the one who ordered the hit. 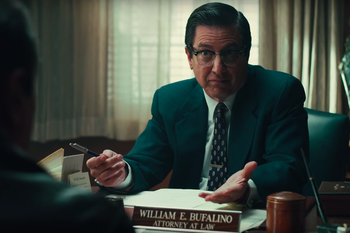 A mob attorney who defends both Frank and Jimmy.