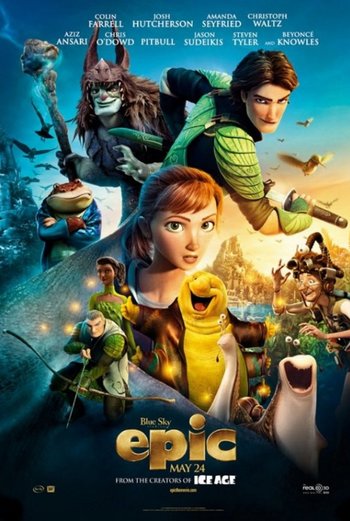 It's pretty epic.
"Many leaves. One tree."
Advertisement:

An animated fantasy adventure, based on William Joyce's The Leaf Men and the Brave Good Bugs. The film features a teenage girl, Mary Katherine (MK to her friends), who finds herself thrown into the world of the Leaf Men, protectors of the forest, and a battle "between the forces of good and evil". It is produced by Blue Sky Studios, directed by Chris Wedge and released in 2013.

, and the second here.

Not to be confused with the identically titled 1984 Australian animated film, and has no relation to Epic Games.