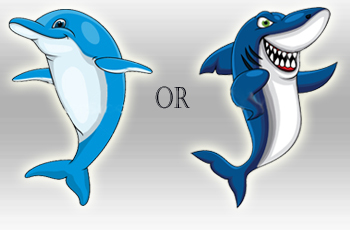 Let's... quietly ignore that the one on the left will screw Anything That Moves...
I love lagomorphs, because on the one side you have sweet round bois, and on the other side you have feral wilderness prophets who have gone mad with the knowledge of the universe
— @RobotLyra, in a tweet comparing rabbits and hares
Advertisement:

When the Beauty Equals Goodness, What Measure Is a Non-Cute? and Evil Twin tropes are applied to animals that are similar but not quite the same.

For example, mice are stereotyped as mischievous critters who are capable of being cute and lovable. Rats, due to being bigger and significantly less cuddly-looking (even if in Real Life, cuddlier than mice), are rarely given as much leeway. Calling someone "mousey," though not exactly a compliment, lacks a harsh connotation, it just means they're quiet and easily startled; calling someone "ratty" or a "rat" implies they're dirty and disgusting. If the hero is a mouse, one of the villains or anti-heroes will be a rat. One way to insult a mouse is to "mistake" him for a rat. Even though there are many subspecies of rats, sewer rats are most often used as the representative of rat characters.

Keep in mind that there is no Truth in Television here and the only reason this trope came to be were the many different perspectives of uneducated people who have yet to study all of these animals.

However, a work does not need have a direct face-off to give off this vibe. Mistaking one animal for the other and having said animal correct you with distaste ("Oh heavens no, I'm not a toad, I'm a frog!") gives off the implication that one is somehow an inferior version of the other.

See I Am Not Weasel if being mistaken becomes a running gag (the mistake need not actually be considered offensive to the animal, just incredibly exasperating), Elves Versus Dwarves for a magical equivalent, Slobs Versus Snobs, which is often used to justify this Fantastic Racism, and Always Chaotic Evil if the animal's prejudices are justified. See also Nice Mice and You Dirty Rat!. This trope usually follows Animal Stereotypes.

The "pleasant" and "unpleasant" animals can either be related, similar, or both.

Common examples, aside from mice vs. rats, include dolphins vs. sharks, frogs vs. toads, eagles vs. vultures, bees vs. wasps, foxes vs. wolves, spiders vs. scorpions, and non-venomous snakes vs. venomous snakes (or lizards vs. snakes).