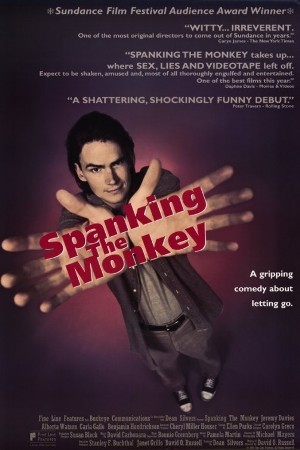 Spanking the Monkey is a 1994 Black Comedy film and the directorial debut of David O. Russell.

College student Ray Aibelli (Jeremy Davies) is preparing to leave on a prestigious medical internship when his mother Susan (Alberta Watson) breaks her leg. His father Tom (Benjamin Hendrickson), a travelling salesman, makes Ray stay and take care of her for the summer. Then things get weird.