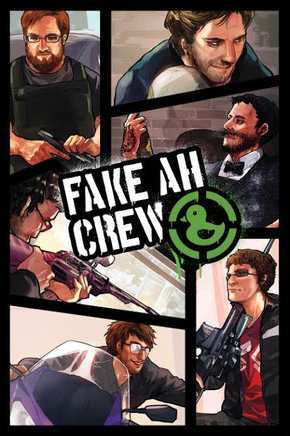 It was published on May 13, 2013, which was coincidentally a year and two days after the first episode of Let's Play Minecraft was published. They had such a blast playing the then five-year-old game that there was no way they were going to stop their GTA fun there, at least not with just screwing around at Francis International Airport and jumping out of helicopters onto the Liberty City version of the Empire State Building. So they published part two the next Monday. Then the next week they raced, then the week after that they did a demolition derby, then the week after that they played a game of "Cops 'n Crooks" (which they ended up playing again many times), then... Well, you get the idea.

Originally when they started the Let's Play YouTube channel, they simply played a random game on Mondays, but after that first GTA Let's Play the game easily took over Mondays on the channel. Today, the playlist that is still called Let's Play Monday

is completely reserved for Let's Play GTA. They did publish a few Let's Plays of Red Dead Redemption, another Rockstar game, during July and August 2013, but that was back when it was still not fully certain that Let's Play Grand Theft Auto was a thing as it is today. When GTA V was finally released and Grand Theft Auto Online later opened up, the Hunters completely switched over to the new GTA game (though they did a "Retro Play" of GTA IV at least once so far).

Today, Let's Play Grand Theft Auto V covers the misadventures of the Fake AH Crew (and at times Kerry and Lindsay) as they race, fight, do elaborate small-paying heists, and just simply screw around all over San Andreas for the Hell of it all. On November 25, 2014, it was revealed that this series will earn a spin-off entitled Sunday Driving, based off of the episode of the same name, with that one being considered "Episode #1".